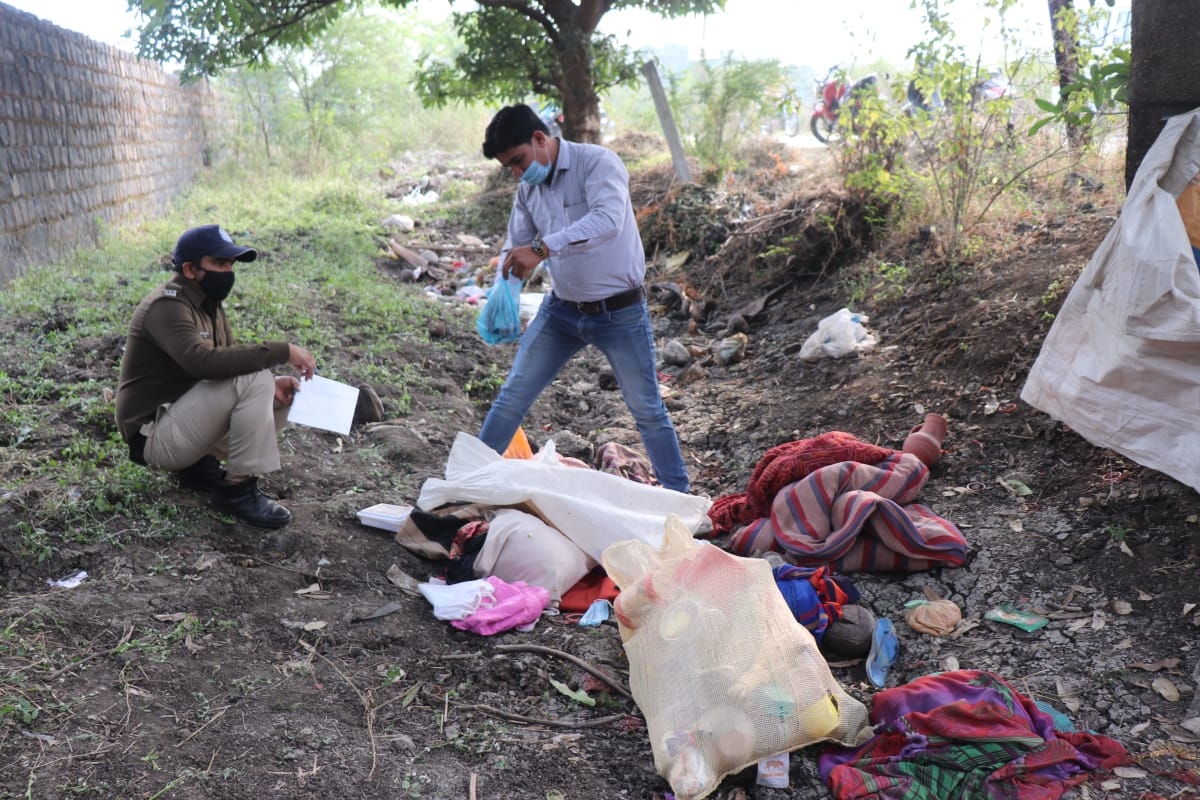 Indore (Madhya Pradesh): A woman was found murdered near a nullah in the Kanadiya police station area on Wednesday. Raw food, such as flour, rice, dal and so forth also recovered from near her body. So, the police believe that she was killed somewhere else and her body was dumped there in order to mislead the police. A head injury and scratch marks were also found on her body. She used to work at a dhaba. The police are investigating the case. The killer or killers could not be identified till the filing of this report.

Assistant commissioner of police Jayant Singh Rathore said that the woman had been identified as Bhagwatibai, 50, a resident of Talwadadeb village in Barwani district. She could be identified through an identity card of her son, Pankaj, who lives in the Musakhedi area of the city. Preliminary investigations have revealed that she used to work at a dhaba in the Musakhedi area. The role of the dhaba owner is also being investigated by the police. She was staying alone in a rented house in Musakhedi while her son was staying at another house in the same locality.

According to Rathore, the police recovered some raw food scattered close to her body. So, it is believed that she was killed somewhere else and, later, her body was dumped near the nullah on Bhicholi Hapsi Road. An injury mark was found on her head and scratch marks were found on her face. The killer may have used a pointed weapon to kill her. A police team has been constituted to trace the accused. The team is working on all the aspects. Also, information is being gathered from her village. The statements of her family members and villagers will be recorded by the police. A detailed autopsy report is also awaited.