The accused even misled the police and kept the body at home for more than 12 hours, but the entire conspiracy was revealed after the police got his post-mortem report

Ratlam (Madhya Pradesh): Ratlam police successfully solved the blind murder case of a person within 24 hours and apprehended his wife, who tried to cover up the crime claiming that her husband met an accident and died due to the grave injuries he suffered.

The accused even misled the police and kept the body at home for more than 12 hours, but the entire conspiracy was revealed after the police got his post-mortem report.

Based on that, police zeroed in on the deceased wife and detained her. During police interrogation, she confessed to killing her husband with an iron rod.

ASP Patidar told that Santoshbai had on December 27 afternoon reached the police station and informed them that her husband Pramesh works as a labourer driving a tractor.

“On Monday night, he returned home drenched in blood. When she asked, he told that he will tell her about the incident tomorrow. After this, he lay down in the back room,” said Santoshbai to police in her complaint.

Santoshbai added that on Tuesday morning when she went to ask him for tea, he did not respond. When I touched him, there was no movement in his body and he was dead.

Following this, Santoshbai rushed to the police station and lodged her complaint.

The police team rushed to the spot and sent the body for a post-mortem.

In the post-mortem, it was revealed that the injury on the body was not accidental and appeared to be of a different type.

Thereafter, during the investigation, it was revealed that the couple was often involved in a dispute over petty issues.

Their neighbours informed police that Pramesh often used to throw his wife and children out of the house after quarrelling under the influence of alcohol.

Her brother-in-law Dinesh, a resident of Sarangi village, Jhabua was also at home on the night of the incident. Pramesh returned home drunk at around quarter to two in the night and started fighting with his wife.

The children also tried to intervene. When Pramesh attacked Santoshbai with the rod, Santoshbai snatched the rod and attacked Pramesh several times in anger, due to which he died. After this, the wife kept the body in the house trying to fabricate a false story and gave false information to the police the next day in the afternoon. Santoshbai was arrested and the rod was recovered from her house. 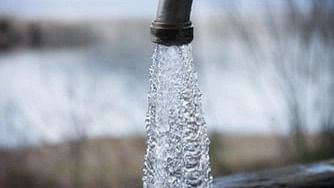 Indore: After the sharp chill, cosier days ahead