Khandwa: A woman among 4 persons was injured after they were attacked by leopard at Badgaon Gurjar village, about 10 kilometres from Khandwa district headquarters.

Incident took place on Saturday afternoon when villagers a big cat attacked the villagers who were working in the field.

One of the villagers received deep cuts on face and other parts. He was rushed to district headquarters.

At the time of incident more than 100 villagers were working in the field. After the leopardís attack many people ran away while some tried to drive away leopard. In the meantime, big cat attacked four persons, including a woman.

As soon as, forest department team came to know about incident, a rescue team was rushed to the spot. Forest ranger Vijay Chauhan said that they are searching for the big cat based on a pugmark.

Chauhan said that in search of water and cool places, wildlife come to human settlements during summer days. Maybe the leopard was looking for water, he added.

Forest officials have asked the villagers to stay away from the fields and have deployed teams around the scene.

Eyewitnesses informed that the leopard is extremely dangerous and it attacked without provocation. We somehow ran away after saving our lives, villagers added. 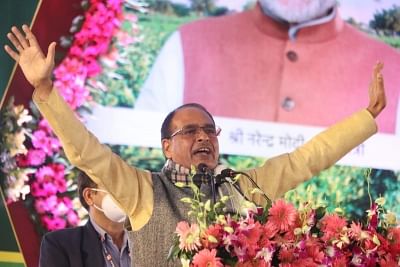