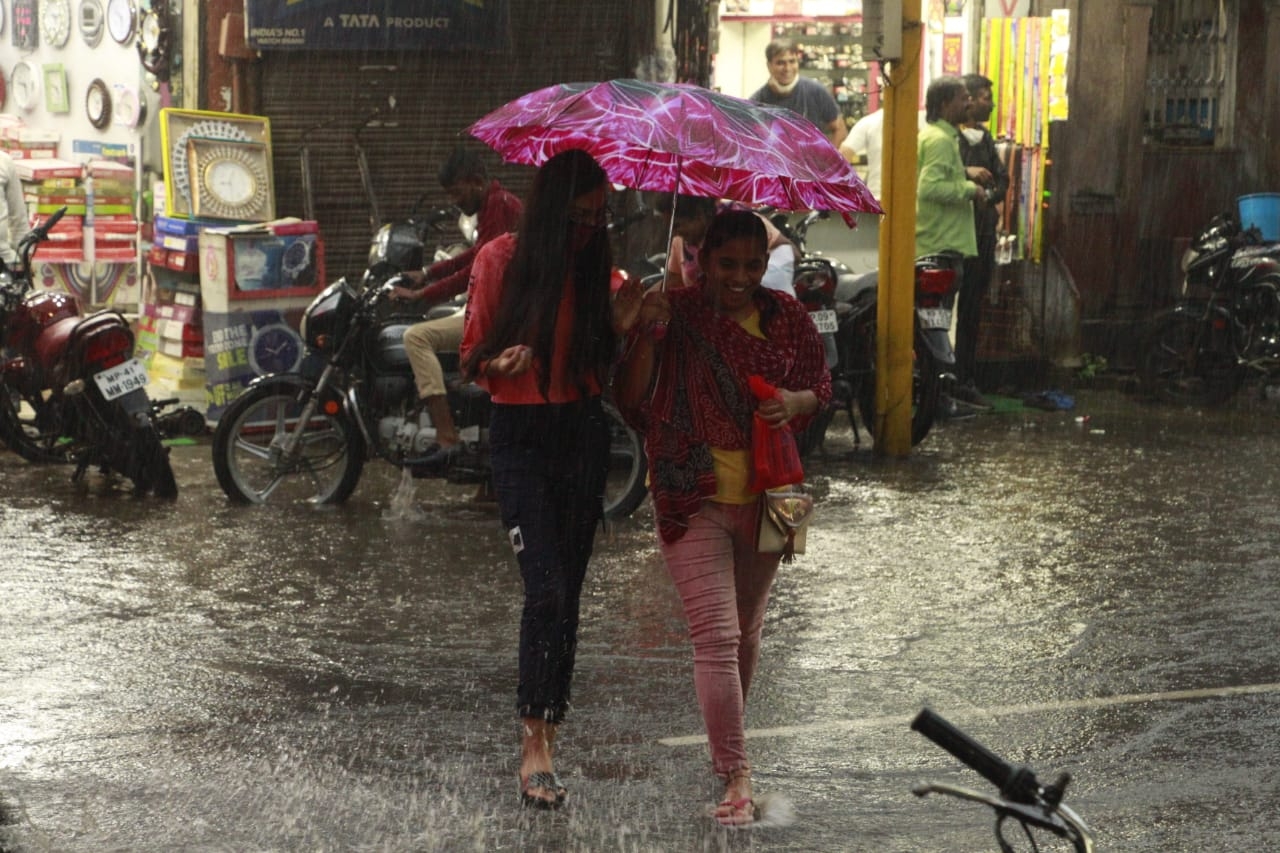 Indore (Madhya Pradesh): Intermittent rain continued through the day with varying intensity in different parts of the city on Monday. Regional meteorological department officials recorded 10.2 mm rainfall throughout the day with which the total rainfall of the season has reached 746.1 mm (29.3 inches), so far.

Met officials said that the conditions will remain the same for the next couple of days and another spell of rain will start after September 24.

The rain, which started on Sunday night, continued to lash the city intermittently on Monday. Citizens woke up to dark clouds and could not see sunshine throughout the day. The drop in day temperature coupled with rain also forced people with a weak constitution to wear warm clothes along with raincoats.

“The monsoon is active across the state and the conditions will remain the same for the next couple of days,” Met officials said.

The rain also brought smiles to the faces of residents, but waterlogging at various places posed problems for commuters. However, with the pleasant weather, citizens got enough reasons to go on long drives in the evening. A large number of people could be seen thronging the corn stalls across the city.

‘The city may reach the average rainfall mark by the end of this month as two systems will become active, which will result in downpour in the coming days,’ Met officials said.

Rainfall in this season