The team of foresters, however, confiscated two vehicles of miners and parked them on the premises of Tentera police station in Morena district

Morena (Madhya Pradesh): A group of villagers attacked forest officials who went to the Barotha village under Sabalgarh poice station to check illegal sand mining, official sources said on Friday. Three luxury cars belonging to the forest officials were damaged in the incident.

The team of foresters, however, confiscated two vehicles of miners and parked them on the premises of Tentera police station in Morena district.

The forest department took action against the attackers after 24 hours of the incident and registered an FIR at the Tentera police station against 30 unidentified villagers.

As soon as the villagers saw the team of forest officials, they blocked road. The team, somehow, reached the banks of the Chambal and seized a dozer and a bike.

The miners were using the dozer to dig out sand and put it on dumpers and tractor-trolleys.

When the officials were returning after completing the raid and reached the culvert of Kishoreganj, a large number of villagers stopped them and tried to take away the vehicles that the officials seized.

As the villagers did not succeed in snatching away the vehicles, they began to throw stones at the officials. Three vehicles were damaged in the incident. 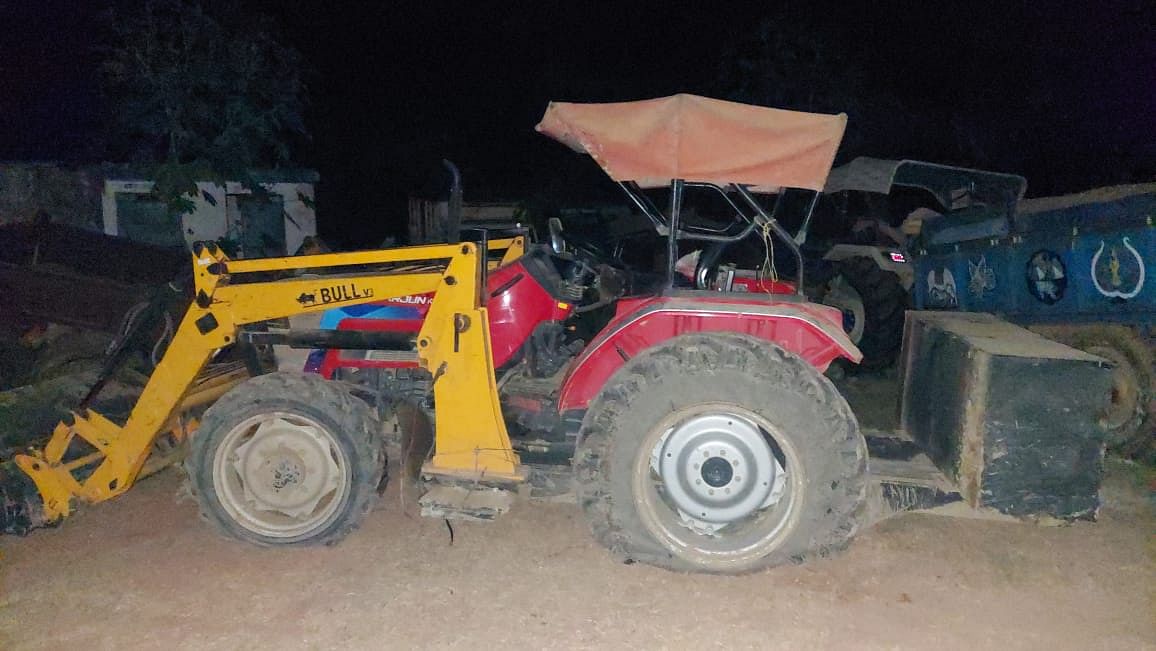