Madhya Pradesh: Tyres gutted in fire at shop in Sendhwa

Collector Shivraj Singh Verma has constituted an investigation team under Sendhwa SDM to find out cause of fire.
FP News Service 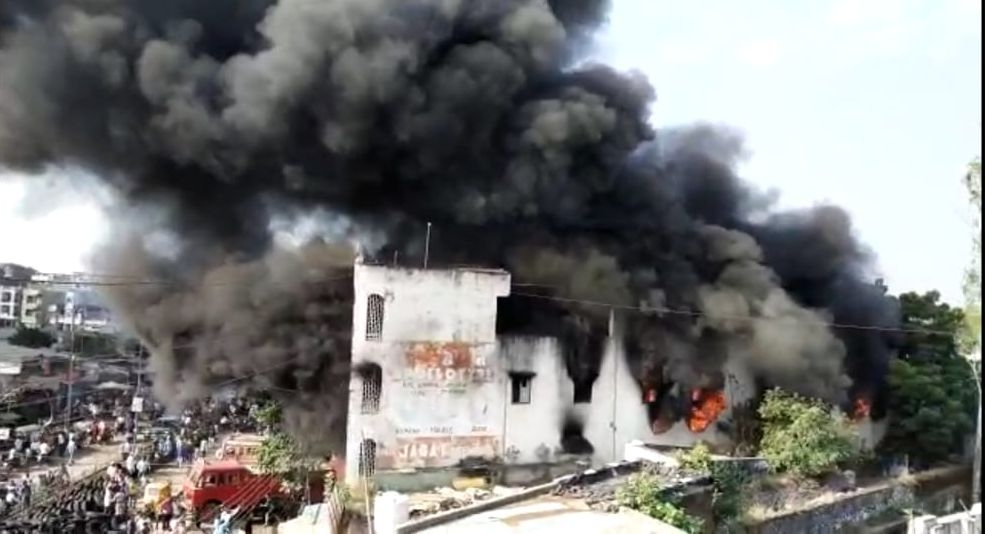 Sendhwa (Madhya Pradesh): A major fire broke out at a tyre shop in Sendhwa on Tuesday morning. The fire was so intense that black smoke it engulfed the entire area and surrounding shops. No casualties were reported.

Collector Shivraj Singh Verma has constituted an investigation team under Sendhwa SDM to find out cause of fire. Team also comprises SDOP and Sendhwa CMO.

Police received information about a fire at Jagat Tyre Agency and rushed to the spot.

Around three fire tenders including those from Barwani and Khargone were pressed to tackle the blaze.

The fire was apparently triggered due to a short circuit, but the exact reason would be ascertained after a probe, said a police official.

Verma and SP Deepak Kumar Shukla reached Sendhwa and asked the officials to bring the situation under control.

The shop owner claimed that tyres were stored in 2-3 rooms so it became difficult to control the fire.