A plastic gun which releases a ‘bullet’ cracker is a big hit. This gun fires the cracker to a distance of 10-20 metres.
Anand Shivre 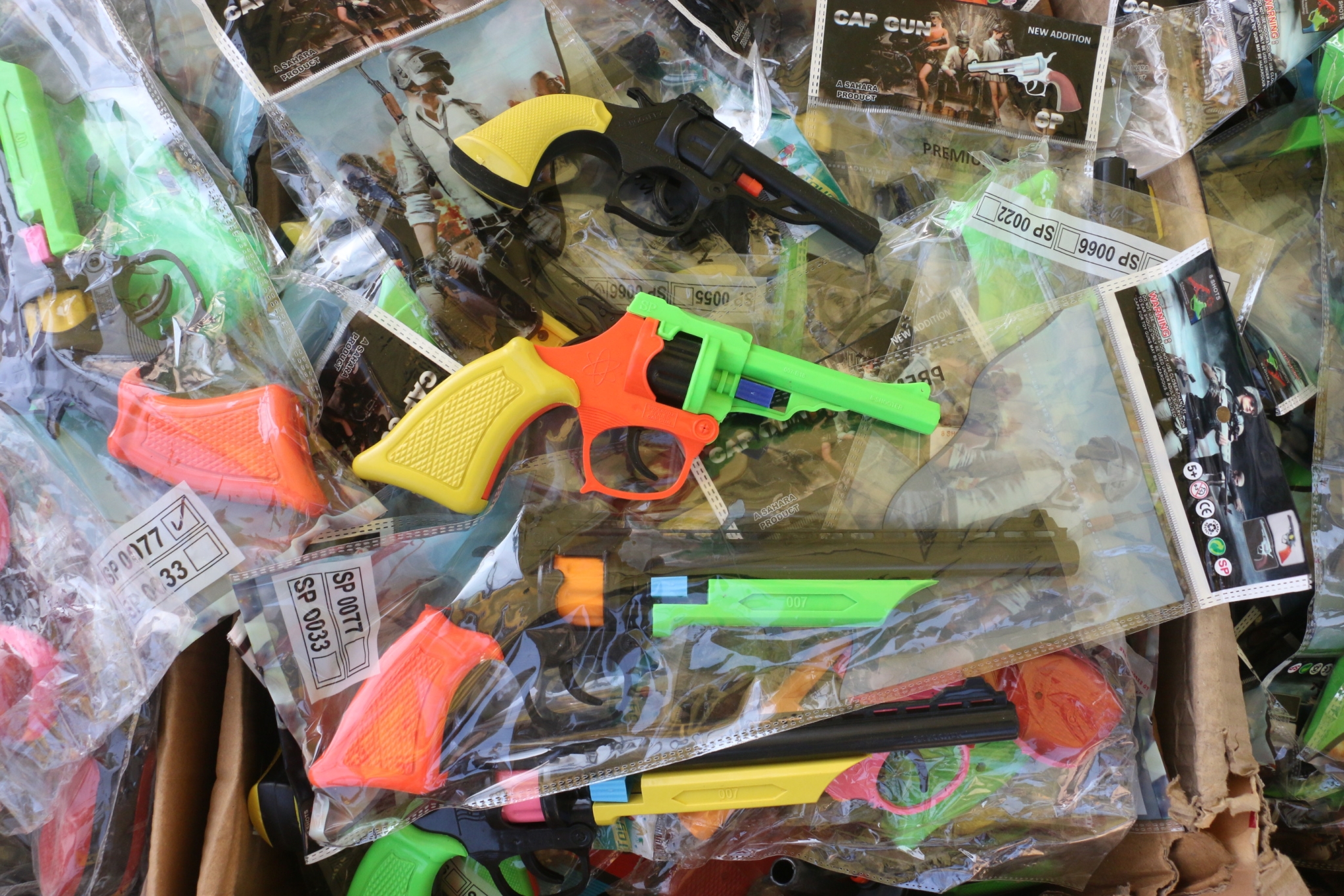 Indore (Madhya Pradesh): Like every year, crackers are a big draw during Diwali. Though traditional items like chocolate bombs, anars, rockets, chakri, sutli bomb etc are there, the new items are catching the fancy of the people. Some of the new products seen are:

A plastic gun which releases a ‘bullet’ cracker is a big hit. This gun fires the cracker to a distance of 10-20 metres. The gun also has a ring shape magazine like a revolver to load small bomb ‘bullets’ in it.

In this bomb, little bombs and some sand is filled in a plastic transparent small box. This bomb burst when thrown with force on a surface.

Bahubali Bombs have also been introduced in the market. The bomb burst after colliding with a surface. Cracker sellers said the bomb is safe as very little gunpowder is filled in the bombs keeping the protection of its consumers in mind.

These are anar bomb which burns for a long time compare to the normal anar in the market. These anars are named as Tim Tim Star Flower Pot.