Indore (Madhya Pradesh): Police arrested three persons for impersonating sales tax officers and trying to abduct the driver and cleaner of a loading vehicle after they refused to give Rs 2 lakh to the accused in Betma area late on Friday.

The police first caught two of the accused while their two accomplices took the cleaner of the loading vehicle to Pithampur in their SUV. When they came to know about the arrest of their accomplices, the accused told the abducted cleaner to help them get their accomplices released from the police station. After that the police arrested the third accused and started a search for the fourth.

Betma police station in-charge Sanjay Sharma said that the complainant Sachin Solanki stated in his complaint that he is a cleaner in the loading vehicle of transporter Mehul Shukla and Krishan is employed as a driver. After loading grocery items in the loading vehicle, they were going to Dhar when some men stopped them in an isolated place under Betma police station jurisdiction.

There were four men in a SUV and one of them introduced himself as a Sales Tax officer. They checked the bills of the goods and demanded Rs 2 lakh from them or warned that they would take action against them. When the driver and cleaner expressed their inability to pay, two of the accused took cleaner Sachin and driver Krishna somewhere. After dropping Krishna and two accused at a spot, accused Anoop Jain and SUV driver Sanskar took Sachin to Rau and Pithampur where they came to know that the police have caught accused Sagar and Rohit. Then accused Anoop told Sachin to help them to get Sagar and Rohit released from the police station. After a few hours, Anoop and Sanskar managed to flee after dropping Sachin in Pithampur. Later, Sachin made a phone call to a relative and he reached Betma police station.

According to the police, Krishna had somehow informed the owner of the transporter when he was abducted by two accused. After that the police reached the spot and caught two accused from the spot and later arrested accused Anoop on Saturday. So far, the police have arrested three accused and a search is on for their accomplice Sanskar. 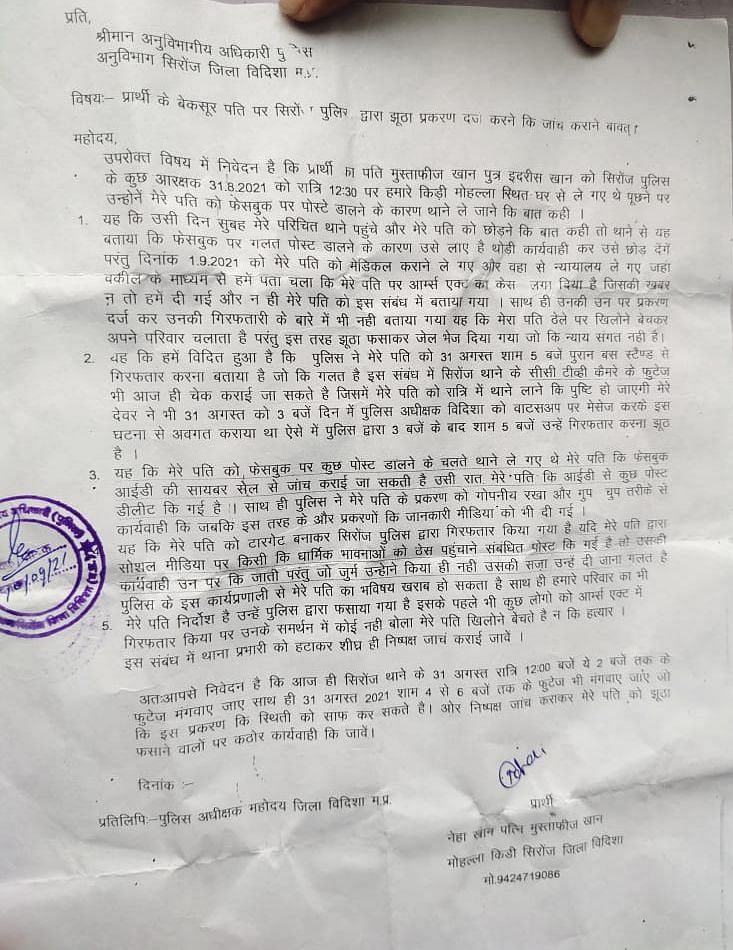