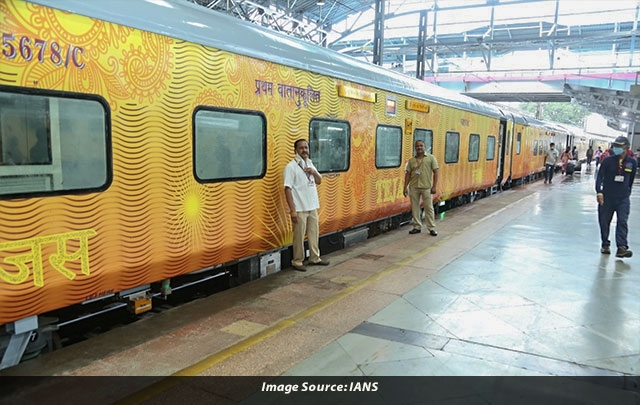 Ratlam (Madhya Pradesh): In order to handle passenger rush during the festive season, Western Railway on Monday announced a Superfast special train between Ahmedabad and Kanpur central via Ratlam.

Similarly, train No 01906 will depart from Ahmedabad at 3.05 pm on every Tuesday and reach Ratlam railway station at 8.45 pm and Kanpur central at 11.55 am on Wednesday.

Stoppages of the train from both side will be at Etawah, Tundala, Agra Fort,Fateshpur sikri, Rupbas,Bayana, Gangapur city, Sawai Madhopur, Kota,Ratlam,Chhayapuri,Anand ,Nadiad . Composition of the train will be one second AC, 8 third AC, 8 sleeper and five general coaches.

Only confirmed ticket holders will be allowed to travel in these trains and passengers will have to follow Covid related protocol and SOP, informed railway press release.