During his illustrious career of 37 years, he has commanded a fighter aircraft squadron, was an instructor at Air Force test pilot school, and project test pilot for the Su-30MKI.
FP News Service 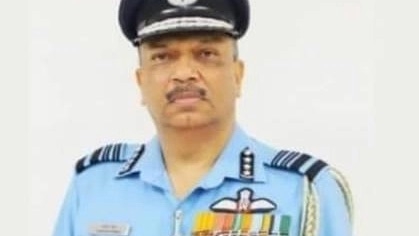 Ujjain (Madhya Pradesh): It is a matter of great honour for Ujjain as gallant son of soil (Air Marshal) Sandeep Singh, has been appointed as the vice-chief of Indian Air Force (IAS). It is indeed a proud moment for all the citizens of Ujjain, specially the St Maryís Convent fraternity. He passed from this school in the year 1979 and was selected in the NDA.

Sandeep Singh was commissioned as a fighter pilot in the IAF on December 22, 1983. He has flying experience of over 4,780 hrs of operational and test flying experience on Su-30 MKI, MiG-29, MiG-21, Kiran, An-32, AVRO, Jaguar and Mirage 2000. A recipient of the Sword of Honour, Sandeep Singh is a qualified training instructor (A2 category). He was instrumental in the induction of Su-30MKI in the Indian Air Force.

During his illustrious career of 37 years, he has commanded a fighter aircraft squadron, was an instructor at Air Force test pilot school and project test pilot for the Su-30MKI. Owing to his proficient knowledge of the Su-30MKI platform, Singh has been the mainstay liaison for implementation of various weapons and systems by DRDO.

Those who were in close touch with Sandeep Singh during his school and college time, feel proud owing to his latest achievement.

I remember him as a tough focussed and die hard athlete. He was very fearless, well read and versatile personality. His father was a dynamic and renowned personality in the academic world and a name to reckon in the world of Geology. He was the professor and head of the geology department in Vikram University. Always an energetic and fearless kid Sandeep Singh always looked for tough options in his life, said Brijesh Pare, professor and head of chemistry at Madhav Science College.

He was an enthusiastic cricketer who chose to field at the fences so that he was able to run from the fine leg to the third man and build his endurance. He was always keen to go for long distance running and swimming sessions even in the toughest of weather conditions. Challenges always tempted him to give in the best and smile at the outcomes. He used to mix-up with everyone in school and even at the varsity campus, Dr Pare added.

The alumni of St Mary Convent School are quite happy with the new assignment of Sandeep Singh. "I remember he was never afraid of anything and even pulled out snakes bare handed from their furrows. He was commissioned to Air force when we were in class X," said Dr Deependra Singh Raghuwanshi, a chemistry†teacher from Government Madhav Science College.