YATRA TO MOVE AHEAD

Ujjain (Madhya Pradesh): The Bharat Jodo Yatra of the All India Congress Committee (AICC) took its first weekly break in Madhya Pradesh here on Wednesday. During this, the Yatra participants played, washed shoes and also ventured out of the camp for some yatra shopping. The Yatris, who were camping at Guru Sandipani Engineering College in Surasa, relieved the fatigue of the journey. Rahul Gandhi, who usually wakes up at 5 am also reportedly slept till late in the container on Wednesday. Along with him, senior Congress leaders also came out late. Former Chief Minister Digvijaya Singh came out of his camp at 11.30 am.

Congress’s communication head Jairam Ramesh also remained in the camp. The Yatra participants utilised their time washing shoes, riding horses and playing. They also did some physical exercises. Many of them who are from other states came out of the camps and came to the city to have darshan of Shri Mahakaleshwar and also did shopping. During the break of the yatra, Congress leaders from other cities of the state also waited in an attempt to meet Rahul Gandhi, although information about how many of them could meet him could not be confirmed. Digvijaya Singh planted a Rudraksha sapling on the college premises.

Bharat Jodo Yatra will leave Surasa for Nazarpur on Thursday morning. After lunch and relaxation, the journey will proceed to Ghonsla in the afternoon. In Bharat Jodo Yatra, a one day break is given in a week. Usually, this break occurs on Sunday, but in Madhya Pradesh, the journey did not take a break on Sunday, so it was stopped at Ujjain. On the seventh day in Madhya Pradesh, Congress leader Rahul Gandhi entered the Ujjain border with Bharat Jodo Yatra and rested at village Ninora near toll plaza. There he talked with the local people including senior party leaders. After this, according to his scheduled programme, he reached Digambar Jain pilgrimage area Shri Mahavir Tapobhoomi where he received blessings from Acharya Pragya Sagar Maharaj after having darshan of Lord Mahavir’s statue. Later Acharya Pragya Sagar and Rahul inaugurated the newly built Yash Kirti Stambh in the Tapobhoomi complex. 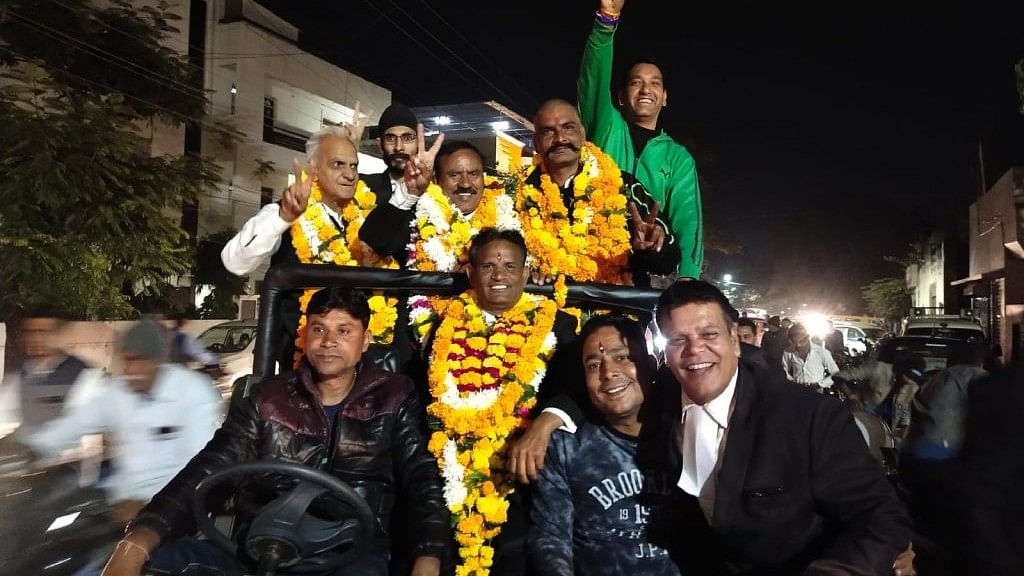