The advertisement delayed due to legal tangle over OBC quota.
Staff Reporter 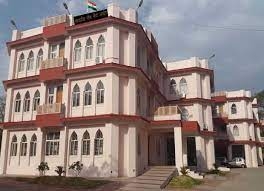 Indore: Madhya Pradesh Public Service Commission (MPPSC) has released advertisement for state service examination-2021 through which 283 posts lying vacant in different government departments will be filled. The commission has invited applications till February 9.

The preliminary exam will be held on April 24. General studies paper would be held from 10 am to noon whereas general aptitude paper will be conducted from 2.15 pm to 4.15 pm.

The advertisement delayed due to legal tangle over OBC quota. The government had increased OBC quota from 14 to 27 per cent. The High Court had stayed increase in the quota.

As the final verdict in the case is pending, MPPSC kept advertisement on hold. However, it had to release it now as year 2021 was heading for closure. If the advertisement was not released this year itself, year 2021 would have become zero year for PSC-2021.