Seeking justice Vaishali Thakkar had asked for punishment to them for harassing her.

Vaishali Thakkar was found hanging at her residence in the Sai Bagh colony in Madhya Pradesh's Indore, under the limits of Tejaji police station, an official informed on Sunday adding that a suicide note was also recovered from the spot which suggested that she was stressed and harassed by her neighbour, businessman Rahul Navlani.

The Tejaji Nagar Police have booked Rahul Navlani and his wife Disha under sections 306 (Abetment of suicide) and 34 (Acts done by several persons in furtherance of common intention) of the Indian Penal Code for allegedly persuading the actor to kill herself.

Seeking justice Vaishali Thakkar had asked for punishment to them for harassing her.

Meanwhile, her mother Anu Kaur Thakkar also sought justice for the death of her daughter and said that accused Rahul Navlani used to disturb her and his wife used to believe that Vaishali was at fault for their breaking the marriage, while the actual truth was the other way round.

"She was normal before committing suicide. We did not have a one per cent clue that she would take such a drastic step all of a sudden," Vaishali's mother said adding that she had arrived in Indore from Mumbai in April.

"While we were also planning to her wedding in December or January, Rahul was also adamant about making attempts to get the wedding called off," she added.

"Vaishali has written that she will get justice only after Rahul will be punished," she said.

Assistant Commissioner of Police (ACP) Moti ur Rehman told ANI on Sunday that, "Rahul was Vaishali's neighbour and the suicide note indicated that he used to harass Vaishali, because of which she took this extreme step. She was about to get married to another man and Rahul troubled her for that. The police are currently investigating the case." "Rahul is currently not at his residence and has fled after locking his house. Police are currently locating Rahul, after that he will be questioned," ACP Rehman added.

Rahman further said that the TV actress was basically a resident of Ujjain and she was living here under Tejaji police station limits. The incident occurred around 12:30 am on Sunday. On getting the information about the incident, the police rushed to the spot.

Read Also
Indore: Haven’t got admission to MBA as yet? Try your luck in CLC 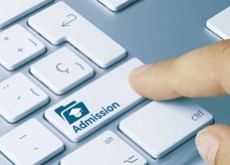