Indore: While many Indians are still hesitant to take the jab to break the chain of the deadly COVID-19, a resident of Netherlands didn’t miss the chance of getting the shot in the city.

He had taken the shot of COVISHIELD in the city and said that it is one of the most trusted vaccines across the world.

Talking to Free Press, the 49-year-old Danny Haberer, resident of Amsterdam in Netherlands said, “I have been living in Indore for the last one-and-half years. I run a software company here and have been visiting India for the past six years. I was waiting to get inoculated and got the jab after being registered on the COWIN app.”

Danny had taken the shot at Shyama Prasad Mukherjee Community Hall on May 10.

He said that he doesn’t have any doubt on the efficacy of vaccines as it is the most trusted vaccine in Europe as it is made by AstraZeneca. 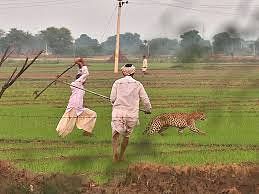 “I would have taken the same vaccine if I was in the Netherlands. Getting vaccinated is very important to break the chain of deadly pandemic disease. I was in India during the first wave at the time of lockdown and I have seen the second wave as well. The situation was very different in the first and second wave as a large number of people are getting infected and many of them are even giving up due to the new strain of the virus,” Danny said.

Talking about the condition of virus spread in the Netherlands, he said that the situation there is also bad.

“However, conditions are comparatively better in India as it is a big country and has the second highest population in the world. I want to appeal to people to get the jab when they get a chance to bring things to normal,” he added.