HomeIndoreMadhya Pradesh: Municipal employee killed by two persons in Indore as he stopped them from thrashing a youth

Madhya Pradesh: Municipal employee killed by two persons in Indore as he stopped them from thrashing a youth

Accused attacked him with a stone and fled as municipal employee, who also sold pani puri at night, received severe injuries.

Indore: An employee of Indore Municipal Corporation (IMC) was killed by two persons in Annapurna area on Saturday night. The incident occurred when he was returning home when he spotted the accused thrashing a youth.

The accused were arrested by the police a few hours after the incident and the further investigation is on into the case. The family members and area residents created ruckus after keeping the body on the road.

On Sunday noon, the family members and the residents of Mahawar Nagar area staged chakka jam in the area after keeping the body on the road. They demanded strict action against the accused. The senior police officials pacified angry people after which they ended protest.

Annapurna police station in charge Satish Kumar Dwivedi said the incident took place at about 10.30 pm on Saturday in Mahawar Nagar. The deceased Prahalad Bindoriya, 45, a resident of Mahawar Nagar was an employee of IMC. He was also a pani puri vendor. On Saturday night, he was returning home after selling pani puri when he spotted accused Gautam and Ajay thrashing a person.

Prahalad intervened after which the accused began arguing with Prahalad. The argument degenerated into violence as Gautam and Ajay attacked Prahalad with a stone. As he received severe injuries, the accused fled. Area residents informed police and Prahalad was rushed to the hospital but could not be saved.

Thana incharge Dwivedi said that a case under Sections 302, 34 of IPC was registered against the accused on the complaint of Prahalad’s wife and the accused were arrested from the area within few hours of the incident. One of the accused is from Mahawar Nagar and another is from Ghanshyamdas Nagar. Their criminal record is being searched. 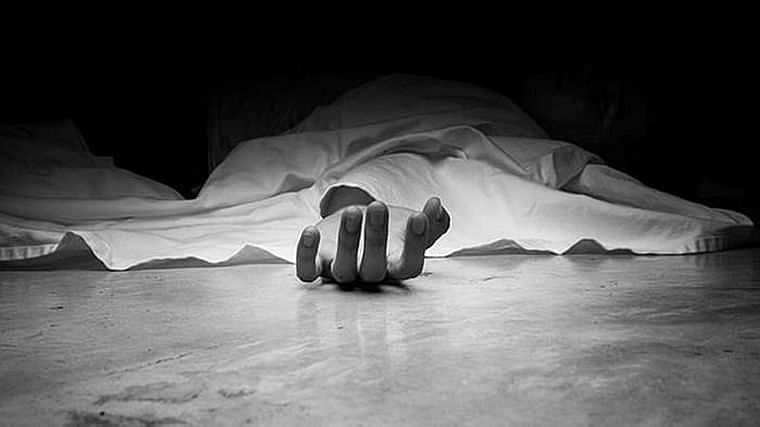