Khargone (Madhya Pradesh): Khargone police have apprehended two people, including one member of an inter-state chain snatching Irani gang from Julwania road and another person involved in buying the stolen booty from the gang members, informed Khargone superintendent of police Siddharth Choudhary.

Those arrested have been identified as gang member Hashmi, son of Akram Ali Baig, 32, a resident of Irani Gali, Shivaji Nagar, Parli village in Beed district of Maharashtra and Hemant alias Hemu, 39, son of Mohanlal Soni, a resident of Teacher Colony in Anjad village of Barwani district. Search for three more gang members is going on after Hashmi told the police about them.

Police recovered a gold chain weighing about 20 grams, a mangal sutra weighing about eight grams, a pendant weighing about five grams and five pearls, a motorcycle without a number and an illegal country pistol from them. The total value of the seized material is around Rs four lakh.

During the preliminary investigation, Hashmi has confessed to his involvement in three chain snatching incidents reported in Khargone and one each in Barwah and Khandwa along with his three other gang members including Nasad Irani, Abbas Irani and Sameer. 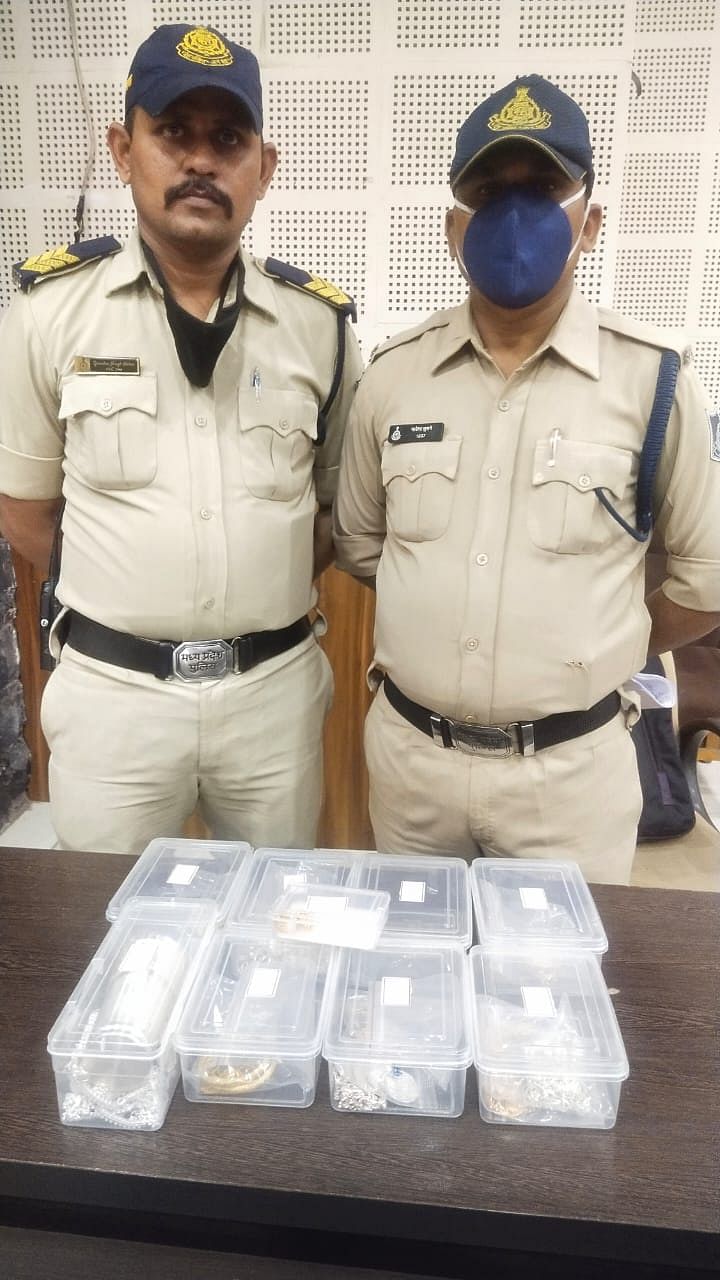