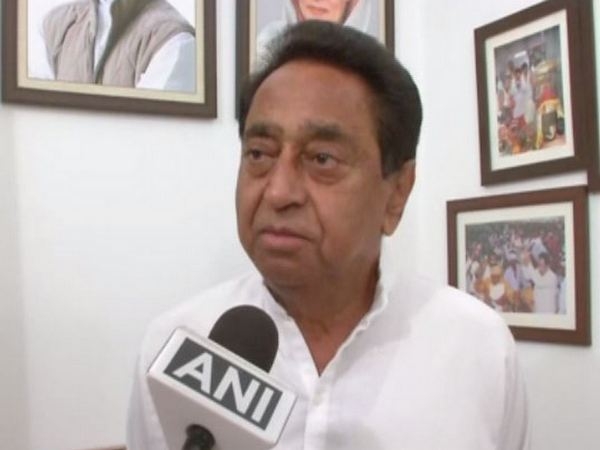 Facing flak for his "item" jibe against Madhya Pradesh minister Imarti Devi, state Congress president Kamal Nath has expressed regret over it and asserted that he did not say anything disrespectful.

He claimed the word item is used in the Lok Sabha and state assemblies, but the BJP tried to "mislead" by making it an issue to divert peoples attention while sensing defeat in the November 3 state bypolls.

"I did not say anything disrespectful. I respect women. If anyone thinks this is disrespectful, then I regret it," Kamal Nath told reporters on Monday night.

Addressing a poll meeting on Sunday in Gwalior's Dabra town, where the BJP has fielded Imarti Devi, Kamal Nath said the Congress candidate was a "simple person" unlike his opponent who was an "item".

State BJP leaders, led by Chief Minister Shivraj Singh Chouhan, on Monday held a protest against Kamal Nath, while the National Commission for Women sought an explanation from the Congress leader for his remark.

Nath said, "The BJP is trying to divert the attention from real issues after it realised that it is badly losing.

I will not let them succeed."

In a letter to Chouhan on Monday night, Nath said, "I didn't make any disgraceful remarks but you served lies...the word I said has a lot of meanings. Your party is serving lies and misleading by interpreting the word arbitrarily." "Under your 15-year-long government, the state remained on top in rape cases, crime against women but you remained silent," the Congress leader claimed.

He also alleged that a Union minister and a cabinet colleague of Chouhan recently used derogatory terms for women.

"You should have written a letter to your party president informing about the remarks of the Union minister and cabinet colleague by apologising to the women of the state and observing silent fast," he said in the letter to CM.

Bypolls to 28 Madhya Pradesh Assembly seats will be held on November 3.