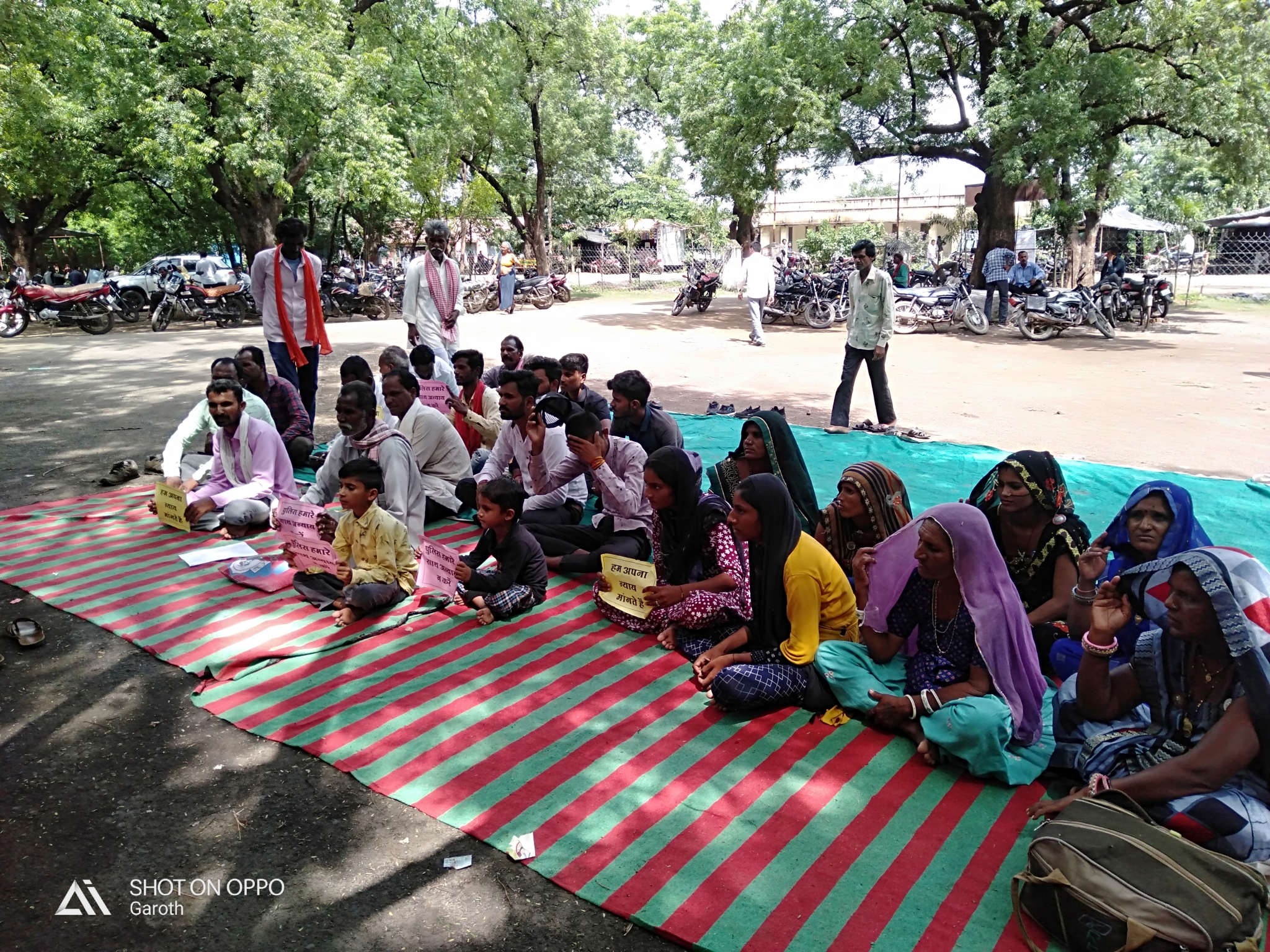 Garoth (Madhya Pradesh): To protest against the police inaction in the case of the elopement of a Kalbeliya woman, the community, members observed a hunger strike outside the SDM’s office on Wednesday at 11.30 am.

Under the banner of Kalbeliya Jagran Manch, the petitioners along with their family members sat on a hunger strike and raised slogans against the police. They alleged that Shamgarh police and Chandwasa police station incharge did not take any action against the accused.

According to the information, wife of applicant Balu Nath, resident of Agar village, Sona Bai eloped with Shyamlal Bhil alias Bhaya, a resident of the same village on July 14. She was supposed to go to Shamgarh by Vijay Laxmi bus on July 14 at 9.45 am.

Sona Bai used the mobile of the bus conductor to contact Shyamlal and asked him to meet her at Shamgarh. Shyamlal came to Shamgarh with his two companions, Lokesh and Bhola, residents of Hatai on motorcycles and then went to Boliya.

The whole incident was captured in the CCTV of Hero Honda Showroom in Boliya. The applicant went to Chandwasa police station and informed the sub-inspector Rajawat about the matter. They alleged that SI Rajawat misled them by telling them that the accused has been arrested.

A memorandum was submitted to the police officers addressed to Chief Minister demanding the police to search his wife within 10 days on September 11, but till date Chandwasa police has taken no action. The applicant even told the police that the accused has taken his wife to Silegarh from Boliya.

On being contact SP Mahendra Tarnekar said, “The police are searching for the woman actively, soon she will be found. Kalbeliya community should be patient.”