“The ice which was brought to Indore was first approved by a doctor in Mhow and then it was sent to the ice depot in the market. The ice was sold from 6 am to midnight at the market,” said Ansari.
ARSH RAFIK VISAAL 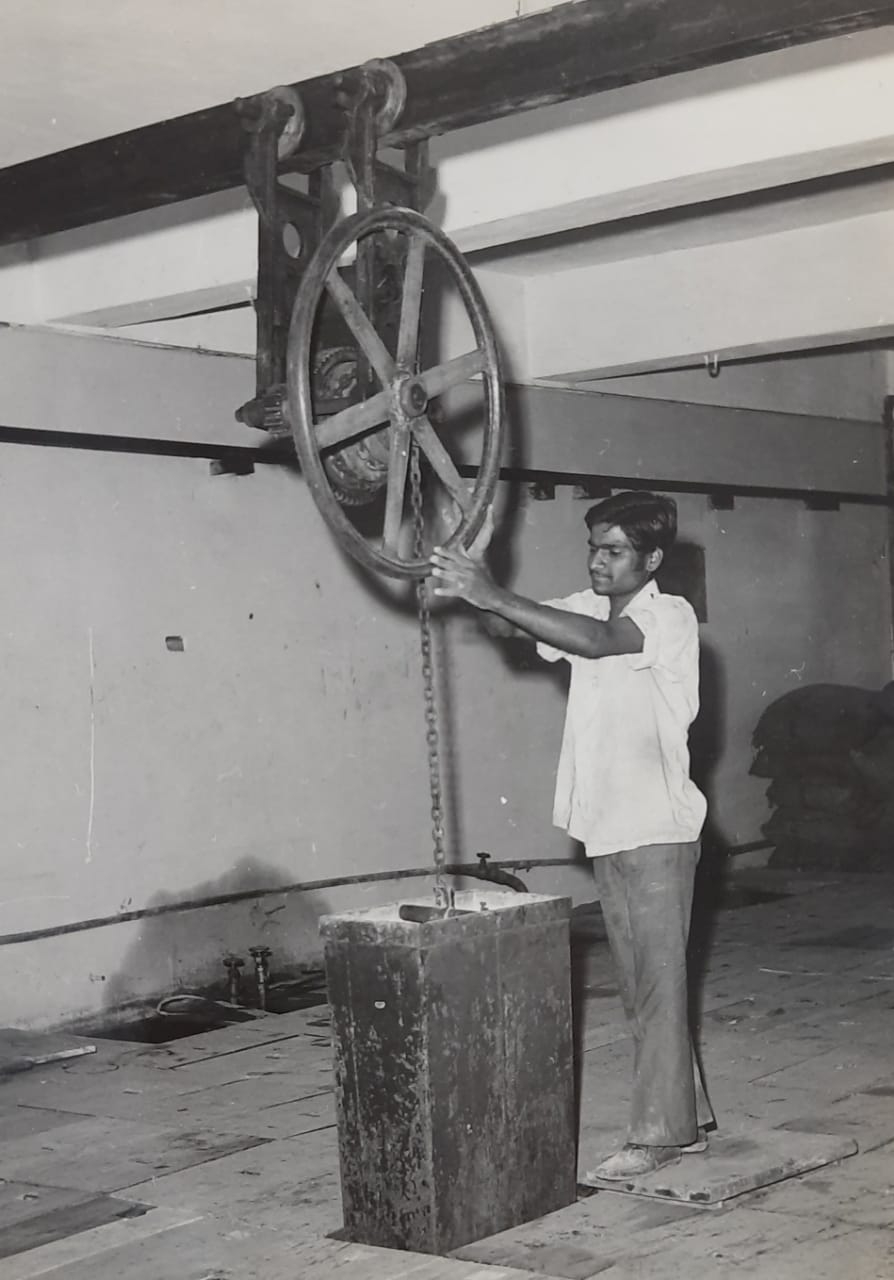 A man at Indore’s factory pulling ice from a wooden icebox using a machine. |

Indore (Madhya Pradesh): Ice has always been an integral part of modern life, and so it comes as a surprise that ice was manufactured for the first time in Indore after independence! Earlier, ice which has both medical and non-medical use (mainly to chill your soft and hard drinks) was brought to Indore from Mhow, the nearby garrison town. In Mhow too, there was no manufacturing unit, but the ice from brought from Bombay (now Mumbai) in wooden ice-boxes to prevent it from excessive melting.

Says historian Zafar Ansari, “The ice, packed in wooden boxes, was brought through train from Bombay to Mhow and from there it was brought to Indore at Sir Oswald Vivian Bosanquet Market which is now Veer Savarkar Market.”

He added that the ice was brought to Indore from Mhow's Gillan Ice Factory at Post Office Road.

“The ice which was brought to Indore was first approved by a doctor in Mhow and then it was sent to the ice depot in the market. The ice was sold from 6 am to midnight at the market,” said Ansari.

“There might have been ice factories earlier also in Indore, but the first records are that of an ice factory in the Marimata area in the 70s where ice was used to be manufactured and then sold at 25 paise ker kg,” said Ansari.

Ansari said that there used to be kerosene refrigerators in the city which run without electricity through heat lamps installed at the back of the fridge for generating electricity. The lamp used kerosene as fuel, hence the name.

“At that time electricity was not very common among common citizens. The electricity was made and supplied to the king's palace and royal places and other such places. There was a refrigerators' showroom at Maharani Road where such fridges were sold,” said Ansari.

The romance of ice at Madhushalas

Ansari said that through the 80s and well into early 90s there used to be the concept of ‘Madhushalas’ in the city. These Madhushalas used to serve sugarcane juice chilled with ice, and they were set up during the four months during the summer. These Madhushalas were made with jute sacks and there used to be separate sitting arrangements at a few Madhushala in the city for families. The sugar cane juice was sold at Rs 2 per glass to Rs 5 per glass.

“In one interview, actor Salman Khan also said that one of the things of Indore which he misses is having sugarcane juice in those Madhushalas,” said Ansari.