They conducted recce of shops and planned theft meticulously; confessed to have committed such crimes at four places in the city

Indore: Their run ended on Wednesday. They finally were caught. City’s very own Bunty and Babli ran out of luck. City police on Wednesday arrested a couple with stolen gold and silver worth Rs 10 lakh in Chandan Nagar area. The couple used to visit jewellery shops on the pretext of buying items. They have, so far, they confessed to have committed theft at four shops. They are being questioned for other such crimes.

According to DIG Manish Kapooria, the subordinates were instructed to curb crimes like theft and robbery by collecting information about the suspects. On instruction, Chandan Nagar police team started to collect information about the accused in some incidents in their area. The police team examined the CCTVs of some spots and with the help of technical evidence, 40-year-old Kailash Pawar, resident of Betma police station jurisdiction and his wife Maya were detained.

In sustained questioning, the couple allegedly confessed to stealing about 80 grams of gold jewellery from a shop in Sirpur area a few days ago.

City’s Bunty & Babli ran out of luck and finally fell into the cop net. The couple, for some time conducted recce and then “looted” the shops in a very “polished” manner. Their USP to confuse the shop owner and bewilder him while asking him to show different kinds of ornaments was the peg to their script. However, smart they may have been, as they say, “uparwala sab dekh rahein hai” in this case, the CCTV cameras installed on the corners and strategic points of the shops they visited captured their act. And kudos to the police to work on such cases following which the men in khaki stumbled upon such an interesting case. Shop owners must always insist that they aren’t left alone and some staff must be present at the showroom to assist the owners or the main seller. These thugs, seek such opportunities and make hay.

The couple as customers reached the shop where they managed to steal gold ornaments. The couple later revealed three more similar incidents at Chandan Nagar area. After that the police seized a gold necklace, gold ring, mangalsutra, pendant, ear rings etc weighing around 210 grams from the accused. Silver ornaments weighing 400 grams were also recovered from them. According to the police, the value of the seized jewellery is about Rs 10 lakh.

ASP Dr Prashant Choubey said that the couple used to do recce of the area and the shops before committing the crime. They used to consume liquor after which they used to reach the shops. So far, the couple is being questioned as the police believed that the accused would reveal other such crimes. 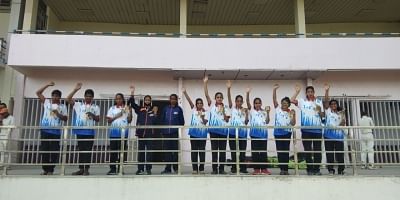