BJP ex-executive committee member Santosh Mehta said that till 2014, we used to import 80 % of the weapons and what we used to get was sub-standard or secondhand.
FP News Service 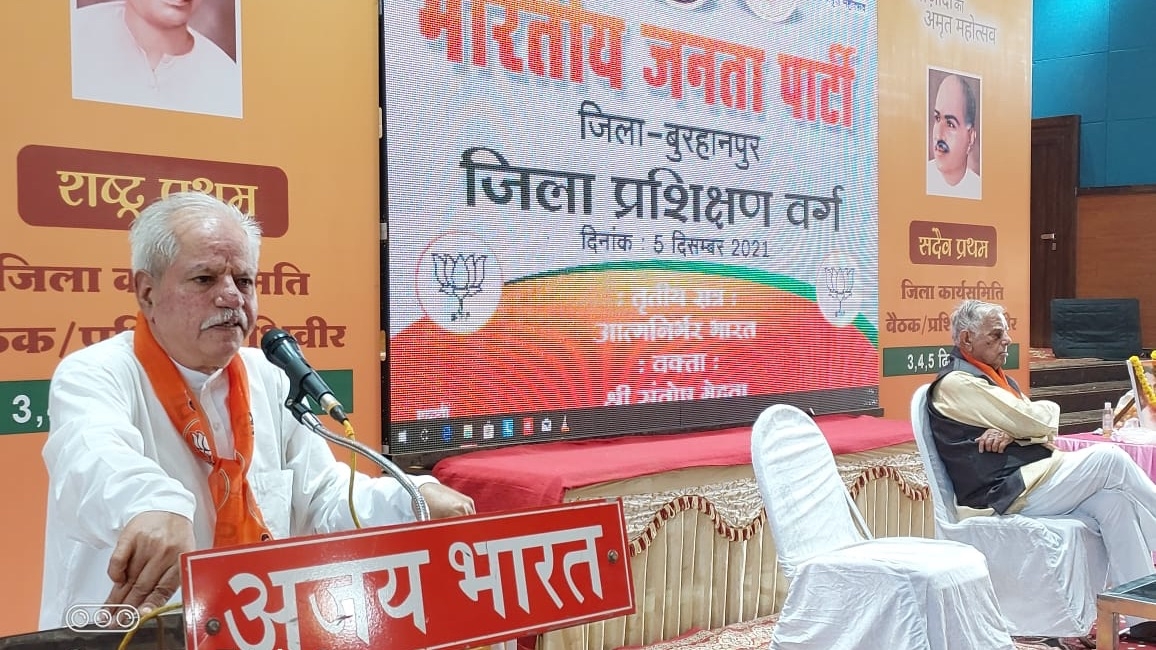 He said we produce jackets which are 100 % bullet proof. We have stopped imports of 101 equipment as we are producing the same under Make in India initiative of Modi Government. We will export arms worth Rs 1.74 lakh crores by 2025. Mehta said that this is just the beginning.

He said that till 2014, we used to import 80 % of the weapons and what we used to get was sub-standard or secondhand. But, our PM Modi banned many of these items as soon as he assumed his office in 2014.

In 1954, the second session of the Jana Sangh was held in Mumbai in which the resolution of Swadeshi, self-reliant India was passed, he said.

Programme was presided over by Ratanlal Hassanandani.

In his address Burhanpur district in-charge Iqbal Singh Gandhi said that patriotism is inside us and when the leaders of many parties discuss with the workers, frustration and disappointment are seen on their faces as to why they are not in Bharatiya Janata Party.

Speaker Rajesh Dongre, said that the development of BJP can be divided into three phases. It emerged in the first phase as Jana Sangh, in the second as a major partner in coalition politics from 1977 to 2004 and finally as a single largest party under the leadership of Narendra Modi in 2014.

Iqbal Singh Gandhi, the district organization in-charge of the BJP district president Manoj Ladwe and the entire team praised the successful organisation of the district-level training camp and resolved to work for BJP's victory in the coming elections.