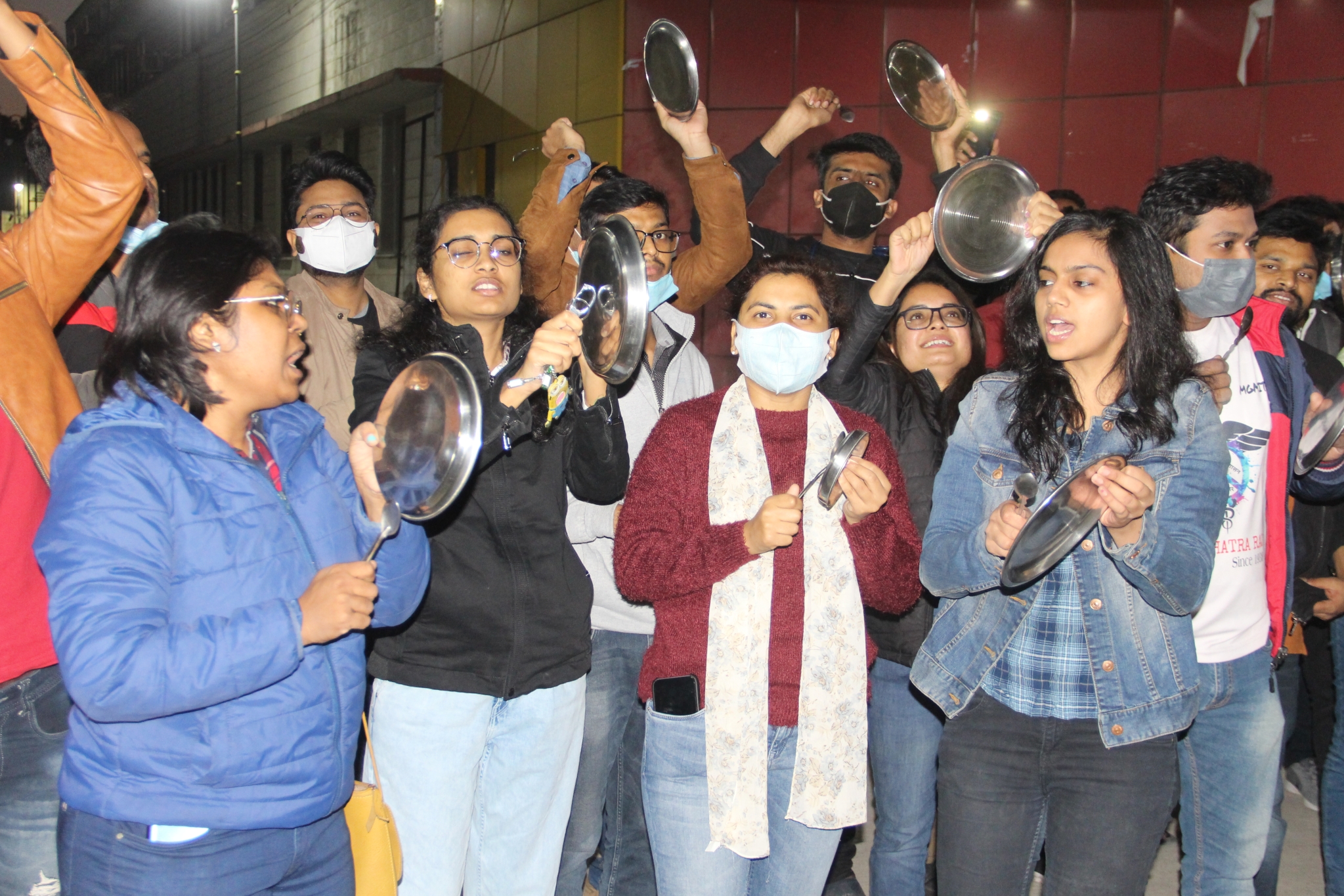 Junior doctors also beat plates in protest against the delay in counselling for the National Eligibility-cum-Entrance Test (NEET-PG) at MGM Medical College.

Along with the JDA-Indore, junior doctors of government medical colleges of Gwalior, Jabalpur, Rewa, and Sagar also joined the strike.

Meanwhile, superintendent of MY Hospital Dr PS Thakur said that the JDA was on strike in support of FORDA and any decision on the issues would be taken by the Centre.

‘Verge of a breakdown’

‘There’s been a continuous delay in the NEET-PG counselling and, despite multiple reminders, the health ministry and the authorities have not taken any favourable steps. We’re understaffed as residents of the 2021 batch haven’t yet joined due to which resident doctors are exhausted and on the verge of a breakdown. We’ll continue to strike work until further notice and the onus of any unfortunate situation affecting healthcare will be on the authorities concerned’ — Dr Piyoosh Singh Baghel, president, Junior Doctors’ Association.