Sendhwa (Madhya Pradesh): In yet another case, an electoral dispute took place between supporters of a candidate contesting for the post of deputy sarpanch and presiding officer here at Pipliya Deb gram panchayat of Sendhwa tehsil of Barwani district.

As per information, the election of deputy sarpanch from gram panchayat Pipliya Deb was completed on Monday at the Panchayat office. A total of 13 votes were cast for the post of deputy sarpanch, out of which candidate Dinesh Revsingh led by 7 votes while another candidate Pyar Singh Gildar gained only 5 votes while the remaining vote was NOTA.

Just when aggrieved supporters after assaulting the presiding officer and tried to snatch election material at the polling booth. Police and Tehsildar apprised about the incident. A case is being registered by police on the presiding officer's complaint against four people. The accused were produced before SDM court on Monday, from where he was released on bail. 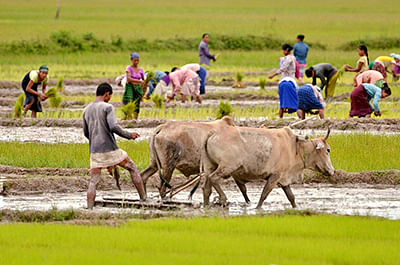