The accused confessed their involvement in three theft incidents

During interrogation, the accused confessed their involvement in three theft incidents reported in the district recently. Besides fire-arms, police also recovered booty worth Rs eight to nine lakhs from them.

Two other peddlers - Rahul Sikhligar and Pavitra Singh Sikhligarh, a resident of Signoor village under Gogaon police station in Khargone managed to flee the spot. 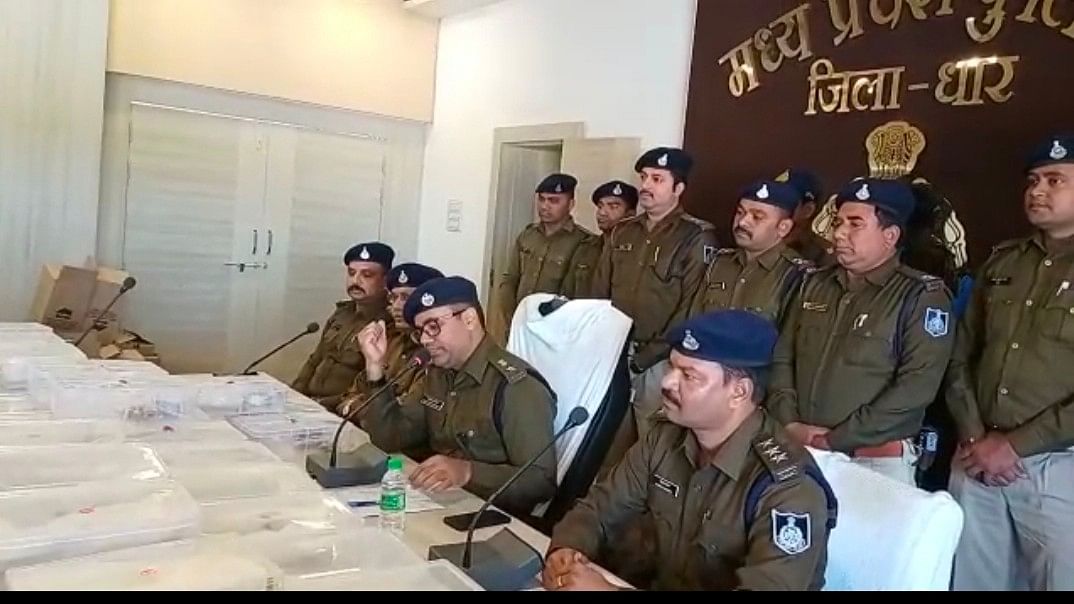 Police booked all accused under relevant sections of the Arms Act and began an investigation into the matter to ascertain the source and delivery point of the firearms.

During police interrogation, the accused were informed about their involvement in multiple theft and housebreaking incidents reported in Manavar.

At one place, police intercepted Vinod Singh and Rahul Sikhiligar on a motorcycle and during the search, police recovered 39 country-made revolvers from them. While police searched, Rahul managed to flee the spot.

At another place, police intercepted a pair of Deepak Singh Patwa and Pavitra Singh Shikligar. Looking at the police team ahead, Pavitra flees the spot. Police arrested Deepak with firearms. Police Jagat Singh Bhatia Sikhligar, listed goon in Gujarat with a country-made revolver from Bankaner road. Before this, Gujarat police visited the area to get him arrested, but in vain.