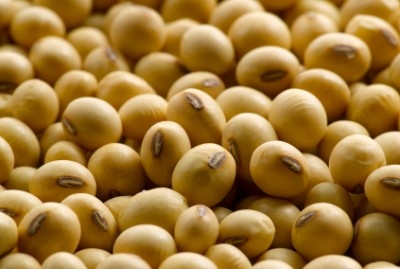 Arrivals of the soybean crop harvested in 2020-21 (Jul-Jun) have started in some markets of Madhya Pradesh, traders said. However, heavy rains have hit the quality of the crop from western parts of the state.

"Muhurat of fresh soybean was held on Tuesday in Indore mandi. Moisture content in the crop is 15-25% which is way higher than standard level of 10-12%," former Anaj Dalhan Tilhan Vyapar Sangh President NK Aggarwal said.

In 15-20 days, arrivals will begin in full swing, traders said. With the growing pace of harvest, the state may see daily arrivals of 50,000 bags in a week. The higher arrivals, however, may weigh on prices in the absence of firm demand for soymeal exports, traders said.

The quality of the crop, especially that from western parts of the state, is poor because of heavy rains during most of August, farm scientists said. The heavy rains and pest attacks on a wide scale are likely to lead to a loss of 10-15% in yield of the soybean crop in Madhya Pradesh, according to a survey released by the Indian Institute for Soybean Research.

"There have been fields with 100% loss, but on an average, yield loss of 10% to 15% is expected," said Nita Khandekar, director of the institute. Crop damage of up to 15% is likely in the entire state, but the highest loss is expected in its western parts. Indore, Dewas, Ujjain, Dhar, Sehore, Harda, Shajapur, Mandsaur and Neemuch, are among the most affected areas, the Soybean Processors Association of India said in a report.

The state accounts for over half of India's overall soybean production. After most of the sowing was completed in June, there was a long dry spell with higher than normal temperatures till Aug 20. Higher temperatures and humidity are conducive to insects, pest attack and some crop diseases. All district-level officials with the state farm department were visiting the affected farms to assess the damage, an official had said earlier.

Some fields were spared the pest attacks and crop diseases because of planting of early maturing varieties before Jun 15. Judicious use of insecticides and fungicides also protected the crop from significant damage, Khandekar said.

Soybean output in the country in 2019-20 is pegged at 11.2 mln tn, against 12.2 mln tn the previous year, according to the farm ministry. Soybean accounts for around 30% of India's total oilseed basket.