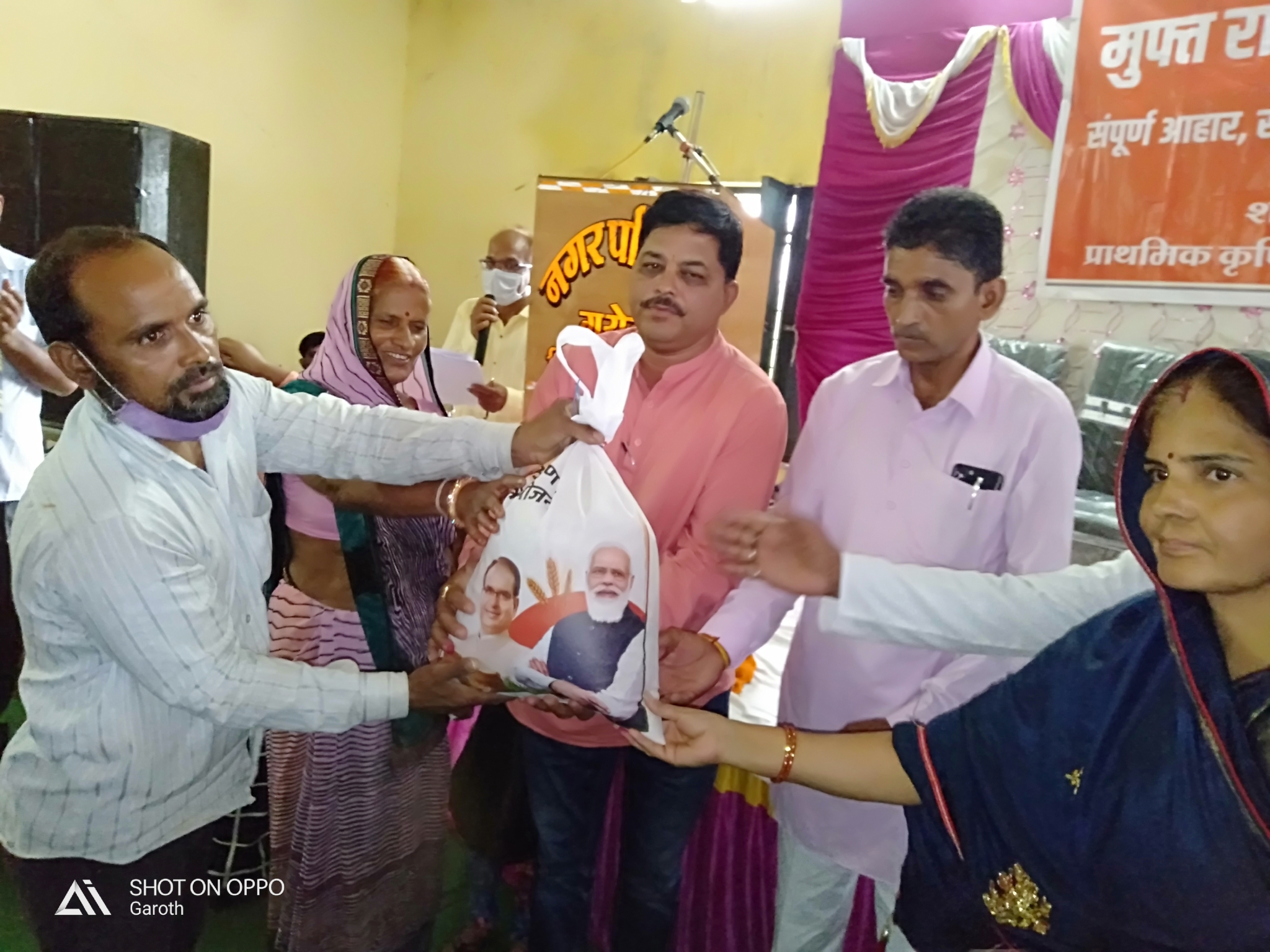 Garoth (Madhya Pradesh): Under Pradhan Mantri Garib Kalyan Yojana, Annotsav was organised in Garoth on Saturday. During this 10 kg wheat and rice were distributed to the beneficiaries.

The people present there also participated in the live telecast of Prime Minister Narendra Modi. A program was organised in the district Panchayat premises at Pandit Atal bihari Vajpayi Manglik Bhawan. BJP district vice president Rajesh Sethia, Mandal president Umrao Singh Chouhan and others were present during the event.

While the people Sethia said, “Prime Minister Narendra Modi’s and state chief minister Shivraj Singh Chouhan’s concern for the poor can be seen in Annotsav programs. Congress has never cared about the poor. BJP has started several public welfare schemes for the poor.

PM Modi has said that by 2024, no one would stay in kutcha houses and people would have their proper houses to live in.” He further said that Funds would be credited directly in the accounts of the beneficiaries in this scheme.