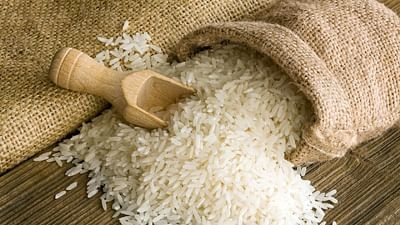 The Madhya Pradesh government aims to procure 4 mln tn of paddy harvested in 2020-21 (Jul-Jun) at the minimum support price, up around 54% from the previous year. "Last year, we bought 26 lakh (2.6 mln) tn paddy and this year the state targets to purchase 40 lakh (4.0 mln) tn," said Faiz Ahmad Kidwai, principal secretary of Department of Food, Civil Supplies and Consumer Protection.

He added that the government has ramped up its procurement target this year due to hopes of a bigger crop. Madhya Pradesh is among the leading growers of rice in the country. While the first advance estimates for paddy production in Madhya Pradesh are yet to be released, output is seen higher based on preliminary reports, an official with the state's farm ministry said.

Paddy acreage in Madhya Pradesh was at 2.9 mln ha as of Thursday, up 18.6% from the year-ago level, according to farm ministry data. The state has also kicked off a month-long registration drive for paddy procurement. "The registration drive aims to help producers of non-aromatic paddy," a state government official said.

Last year, over 500,000 farmers had registered for selling paddy at the minimum support price, the official said. So far today, 500 farmers registered for the procurement. Rice procurement is typically open-ended, which guarantees farmers returns for their produce. However, this policy has led to excess stocks in the central pool. Food Corp of India and other state-run agencies typically procure food grains from farmers at the minimum support price to ensure favourable returns.