Madhya Pradesh: 10-15 per cent rise in patients of cardiovascular diseases in a decade 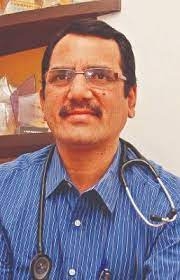 Indore (Madhya Pradesh): About 10-15 per cent patients of cardiovascular diseases (CVD) have increased in the city in a decade, thanks to sedentary lifestyle and consumption of unhealthy food.

Senior cardiologist and nodal officer of Super Speciality Hospital Dr AD Bhatnagar said that there are various factors behind the increase in patients including lifestyle changes but advancement in medical science and increasing awareness among people cannot be ignored.

“There is a rise in 10-15 per cent patients of heart ailments and much to concern is that the young population is also falling prey to it but most of them remain in denial mode. Heart ailments have no relationship with age as even patients in their 20s are also going through surgeries,” he said.

Dr Bhatnagar said that a large number of people remained ‘missed’ diagnosed and misdiagnosed for a long time and they continue to neglect the symptoms of the disease.

“It is a common question among people that why fit people also suffer from heart ailments. There are multiple reasons but the major one is being in denial mode and avoiding the symptoms like pain in the chest as an incident of acidity. People should go through ECG and TMT tests in regular intervals especially after 30 years of age,” the cardiologist suggested.

Explaining about the people who go through ‘missed’ diagnoses, Dr Bhatnagar said that four types of people miss or neglect their symptoms including diabetics who don't have direct symptoms like pain but can have pain in the abdomen as their nervous system is damaged due to high sugar.

“Similarly, women avoid the symptoms as well as avoid going through tests as they worry about their household activities and family. Old people avoid or misinterpret the symptoms, excusing it as age-related problems and young people who don’t want to accept that they have heart ailment at a young age. Case of actor Siddharth Shukla can also be considered as the same as he avoided the symptoms which he had a night before breathing his last,” the cardiologist said.

Awareness campaign in schools is must

President of Indian Medical Association-Indore Dr Sumit Shukla said that as the country is moving towards being the world’s capital of cardiovascular diseases and hypertension, awareness campaigns in schools are the need of the hour. ‘If we teach and train the children in schools, the coming generations would be healthier,” he added.