The crime branch had received information that two members of an inter-state gang that had committed many thefts in the city were roaming in Scheme Number 78 under Lasudia police station jurisdiction to sell stolen goods at a cheap price.
Staff Reporter 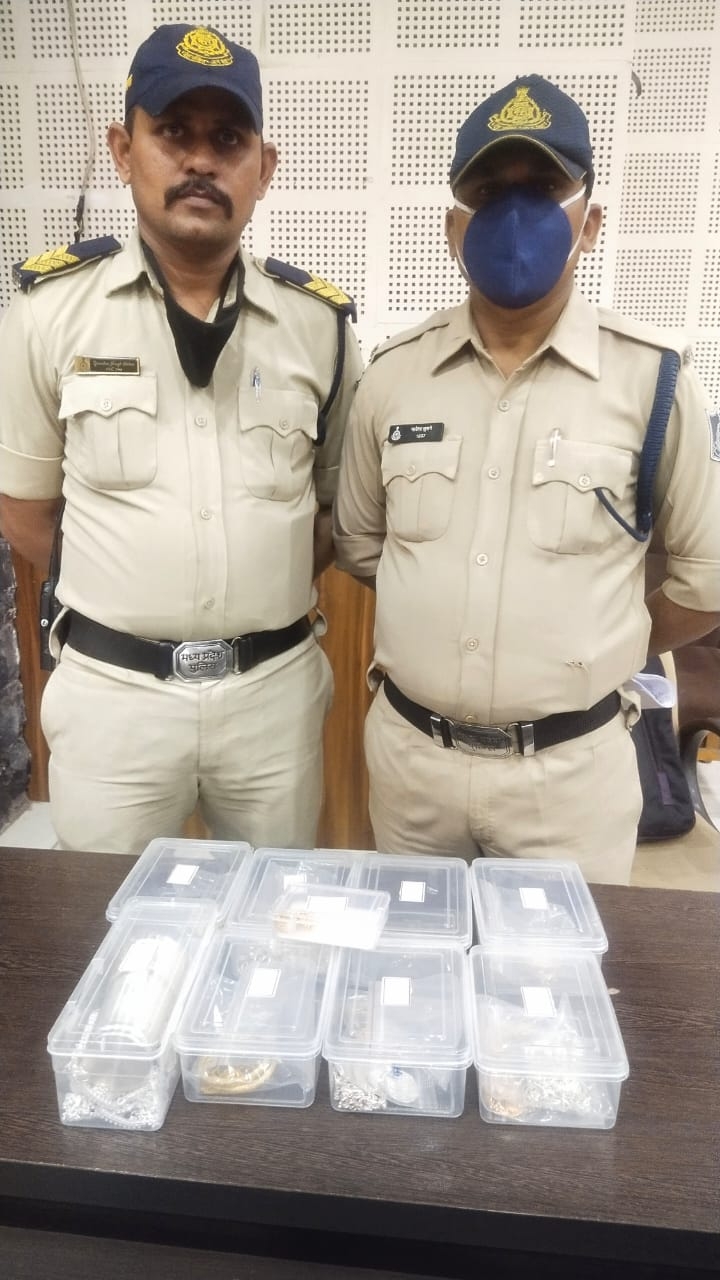 Crime branch arrested two members of an inter-state gang and recovered stolen goods worth Rs 30 lakh from them on Friday. The accused also confessed to committing thefts in Rajasthan and Maharashtra. They are being questioned further.

A team of crime branch was constituted to keep an eye on thieves and people involved in suspicious activities in the city. The crime branch had received information that two members of an inter-state gang that had committed many thefts in the city were roaming in Scheme Number 78 under Lasudia police station jurisdiction to sell stolen goods at a cheap price.

The crime branch accompanied by Lasudia police station team reached the mentioned place when two persons who were in a car tried to flee after seeing the police. However, the police managed to catch them. They were identified as Devendra alias Dev Gurjar of Ganga Nagar area and Pawan alias Bhura of Khajrana area of the city. The accused first tried to mislead the police but they later confessed to committing thefts at many locked houses in the city. During a search, the police recovered silver and gold ornaments from their vehicle. They allegedly confessed to committing theft in the Lasudia, Kanadiya, and Pardeshipura area with the help of their other accomplices. They had also stolen vehicles from Vijay Nagar and Dahod in Gujarat.

According to SP (headquarters) Arvind Tiwari, the accused have confessed that after distribution of the stolen goods among them, the accused were trying to sell it in Lasudia area when the police arrested them. Valuables worth Rs 30 lakh have been recovered from the accused so far. Their two accomplices are on the run. They have also confessed to committing a theft in Mandsaur.
According to the crime branch officials, after stealing a four-wheeler, the accused used to commit theft at other places and flee from the spot using the stolen four-wheeler. Later, they used to leave the stolen vehicle from the spot where they had stolen it.