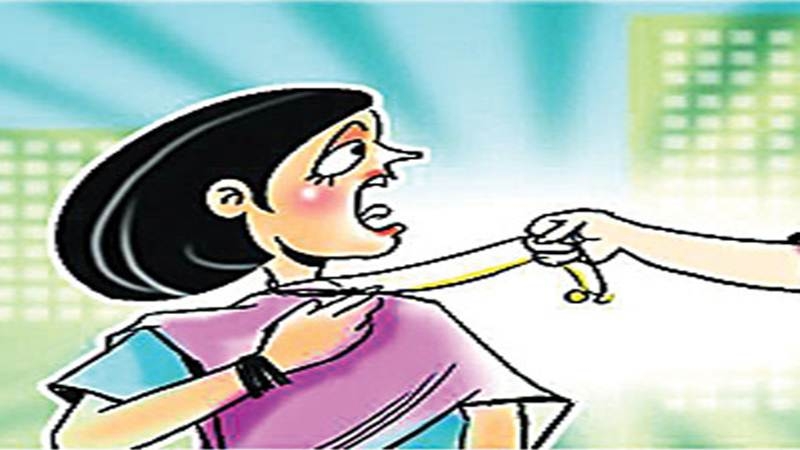 Indore: Local police on Monday arrested two persons for robbing a woman of Rs 50,000 in Sadar Bazaar area few days back. The accused are being questioned for other such crimes.

Senior Superintendent of Police Ruchi Vardhan Mishra said salon owner Poonam Chouhan, a resident of Paramhans Nagar, was robbed of bag containing cash and documents by two bikers near 15th Battalion of SAF on February 19 when she was returning home on her scooter. Sadar Bazaar police station staff had registered a case under Section 392 of IPC.

The police searched CCTVs of the spot and started a search for the accused. The robbers had thrown the bag in deserted place in Scheme Number 155, which police had recovered next day of the incident.

After the tip-off, police team started a search for robbers in the same area and managed to arrest a person named Chetan Raghuwanshi, a resident of Ganeshbagh Colony. He confessed his crime after which Rs 9500 were recovered from him.

Following the lead given by Chetan, police arrested his accomplice Siddhant Bhosle of Laxmanpura Colony and recovered a purse, Rs 10,000 and apparels worth Rs 7,500.