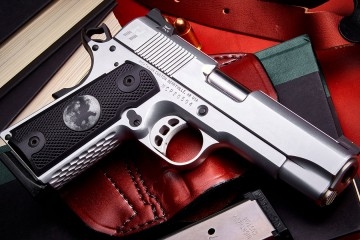 The accused had told police that they had bought country-made pistols from Gurucharan Chawla of Gandhwani, Dhar. They had taken the delivery of firearms from Chawla’s accomplice Sukhlal of Panwa in Dhar district. After this information, Jaipur police sought help from STF to arrest the person who had supplied the firearms.

STF sub inspector Vijay Singh Chouhan, Amit Dixit, head constable Jhanaklal Patel, Vinod Yadav, Virat Yadav and Bhishmapal Singh along with Jaipur police team were sent to Manawar to arrest the accused. The team arrested Gurucharan and his accomplice Sukhlal. Five country-made pistols and five live cartridges were recovered from them. Gurucharan made unlicensed pistols and sold them in city and other places.