Police also arrested two persons for running away with a motorbike on the pretext of a test drive.
Staff Reporter 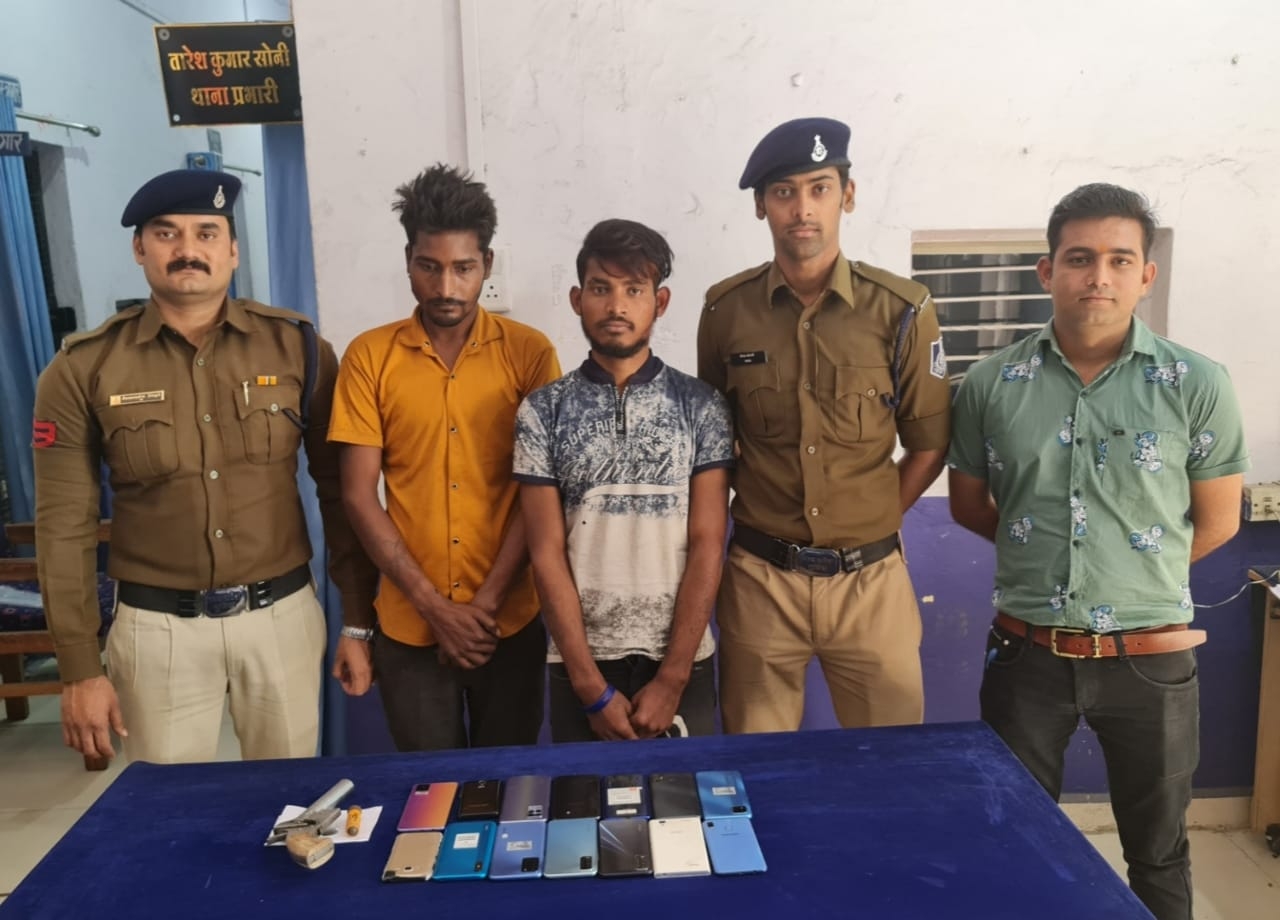 A team led by the station in-charge Taresh Kumar Soni was carrying out a checking drive near the factory area. Meanwhile, acting on a tip-off, the team intercepted two persons prowling in the area to snatch the mobile phones of passersby. The accused Rahul, 19 and Rajesh, 23 said that they threatened people on Betma road, Saugor road, Sector 3 and Sector 1 with the intent loot mobile phones. Police seized 14 android phones, a country made gun with bullets and a stolen black colour Honda Shine motorbike.

Police also arrested two persons for running away with a motorbike on the pretext of a test drive. Narendra Jaiswal, a resident of Vijay Nagar Colony had lodged a complaint against the accused. He said that two persons had contacted him saying that they wanted to purchase his Pulsar motorbike advertised on OLX. They took the motorbike (MP09VH9953 ) for a test ride but did not return.

Police had registered a case under Section 420 of the Indian Penal Code. The team arrested the accused Krishna, 20, a resident of Indore and recovered the motorbike. His companion Tilak German, a resident of Dhar is still on the run.