During the programme, free text books and uniforms were distributed to the students from Class 1 to 12. Tricycles were given to two differently-abled students and two visually impaired students .
Staff Reporter 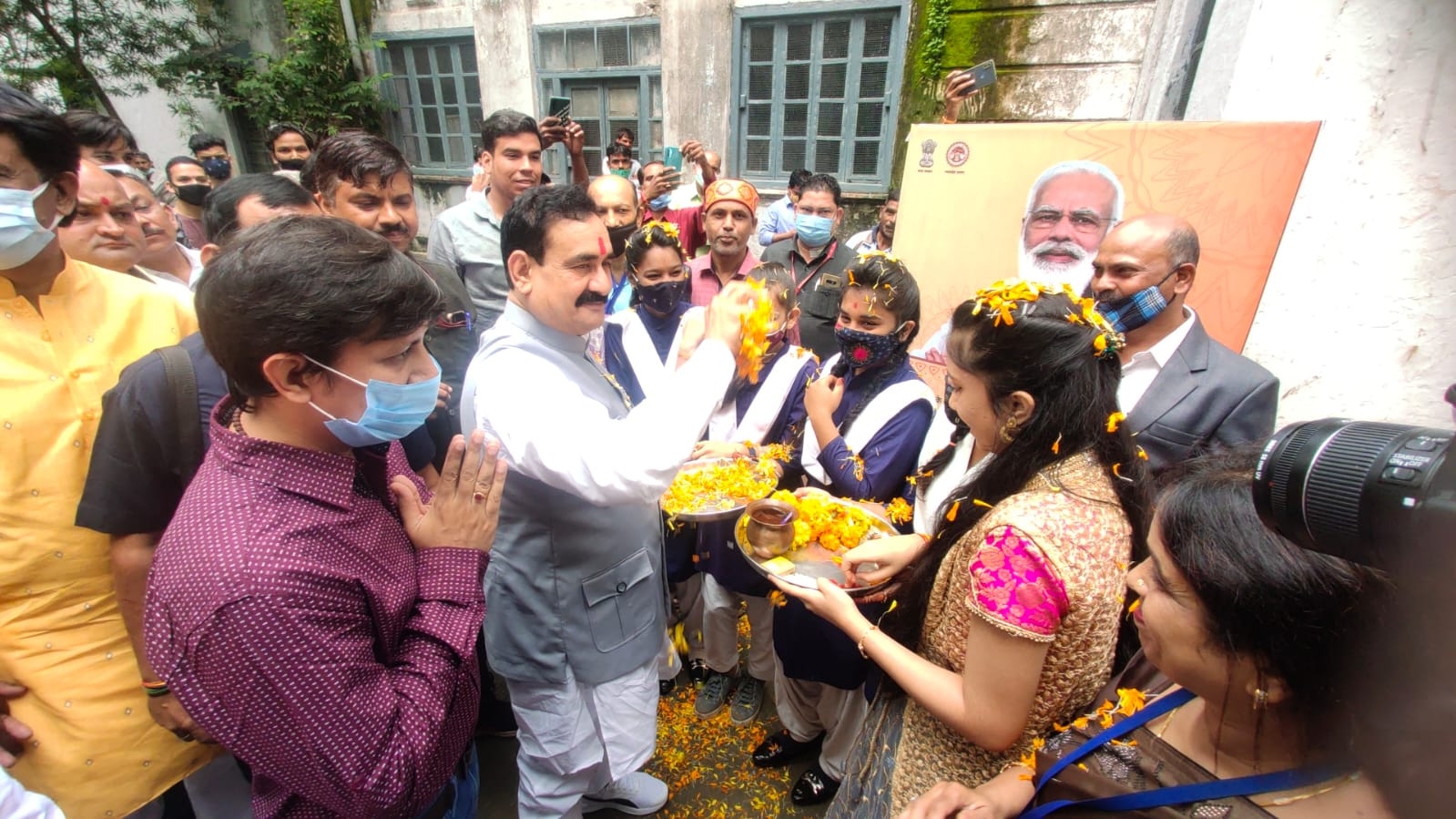 Minister Narottam Mishra showers flowers on girls who had come to welcome him at Malhar Ashram school. | FP Photo

To mark the birthday of Prime Minister Narendra Modi and his 20 successful years in public service, ‘Jan Kalyan and Suraj Abhiyan’ was rolled out in the city on Friday. This will run from 17th September to 7th October across the state.

To mark the occasion, a massive tree plantation programme was organised by the Education Department on Friday. The campaign was launched by home minister and district in-charge Minister Narottam Mishra and water resources minister Tulsiram Silawat by planting saplings in Malhar Ashram school.

During the programme, free text books and uniforms were distributed to the students from Class 1 to 12. Tricycles were given to two differently-abled students and two visually impaired students .

Addressing students and other guests during the function, minister Mishra said his government's aim was to provide benefit of public schemes to maximum number of people. He said PM Modi has elevated the country status in the comity of nations by his development works and polices. He said the planting of saplings was important as trees provided oxygen, which is vital for man's survival.