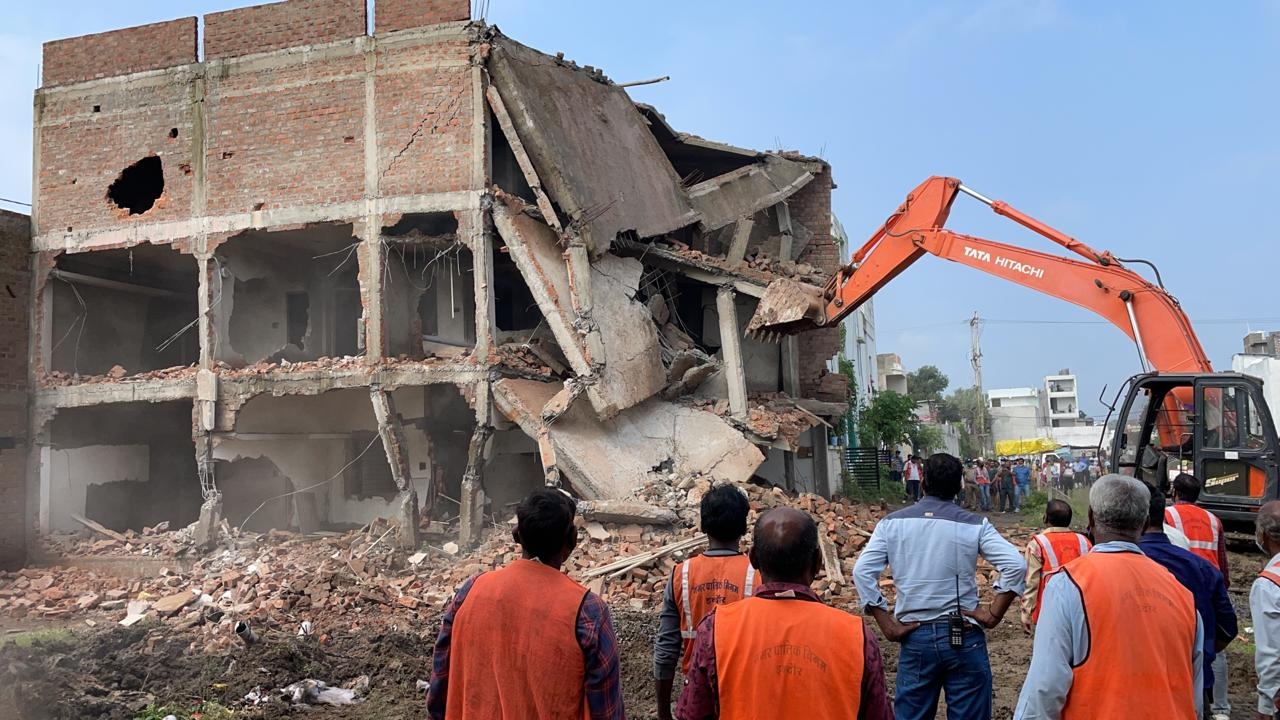 Armed with JCB and poclain machines, removal gang of IMC reached Pipliyarao area where land mafias had encroached upon a major portion of Gutkeshwar Mahadev Temple.

Land mafias had captured 1.2630 hectare of temple’s land worth about Rs 22 crore. They had cut plots on the grabbed land and sold the same to citizens. Seven buildings were erected on the land which were pulled down by IMC removal gang.

IMC had also served notices to some house owners who built residential buildings on plots sold by land mafias. They were told to vacate buildings within 15 days and take their refund from the persons sold plots to them.

IMC was suggested aggrieved house owners to lodge complaint against the people who sold them plots illegal.

Bhanwarkuan police station booked Lalu Nagar, Mithun Solanki, Mahesh Kumawat, Dinesh Mehta, along with temple priest Anand Giri who having hand in glove had grabbed the land, cut plots on it and sold the same to residents.

IMC also lodged a police complaint against a coloniser who had developed Ganeshdham Nagar, an illegal colony on 1.187 hectare of land located adjacent to the temple. The colony had been developed without taking necessary permissions. IMC may demolish this colony as well.

IMC on Monday morning demolished building of Sapna Bar which had served spurious liquor to some persons claiming two their lives.

Removal gang of IMC reached Mari Mata Sqaure where Sapna Bar is located and started demolition drive. Within one hour of drive, the bar building was demolished completely. The bar was owned by Vikas alias Kallu Baredia. It was a G+1 building built on 1150 square feet plot. Women female members of the Baredia family reached Mari Mata Square to oppose the drive but to no avail. ASP Shahikant Kankane said that the bar was closed since two persons had died because of consuming spurious liquor served there. “As the bar was made in violation of IMC map, it was demolished by removal gang,” he said.

Around eight persons had died in July and August due to consumption of spurious liquor served at Sapna Bar and Paradise Resort & Club.

Police had sealed both the bars and arrested their owners who are currently in jail.

Meanwhile, removal gang torn down tin-shed structure on 900 square feet land which was grabbed by Rahul Sonane near Anaj Mandi Road at Zone No 18.