Indore: Target to vaccinate over 2L people with second dose during Maha Abhiyan on Sept 17

The Maha Abhiyan 3.0 will be held for two days from September 17 and officials have planned to set up over 400 vaccination sites across the district.
Staff Reporter 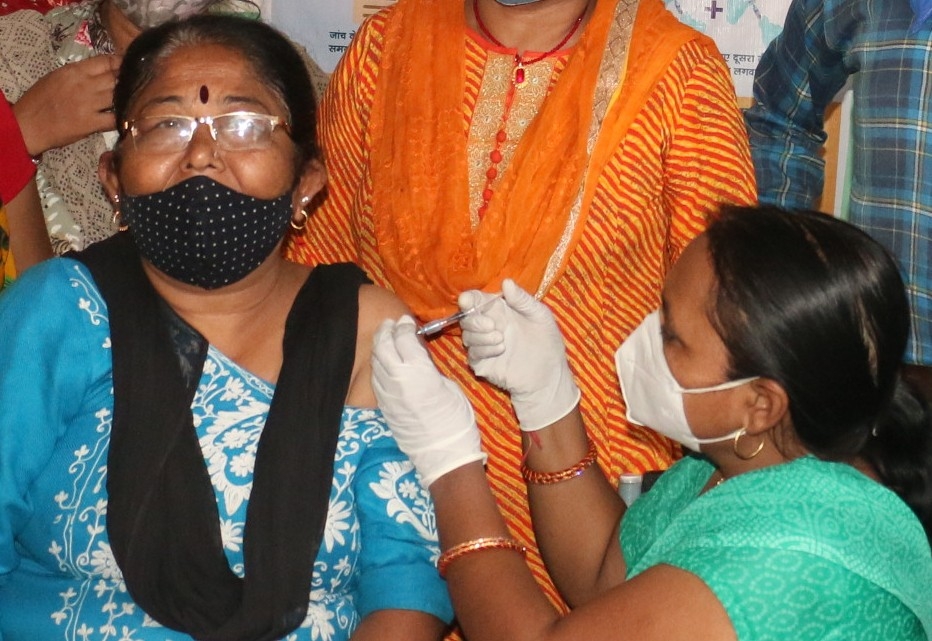 Woman getting her jab in Indore. File photo | ANAND SHIVRE

With an aim to vaccinate 100 per cent of the targeted people with both doses of vaccine, the health department, administration, and Indore Municipal Corporation have been preparing for Maha Abhiyan 3.0, to be held on September 17.

The Maha Abhiyan 3.0 will be held for two days from September 17 and officials have planned to set up over 400 vaccination sites across the district.

Health department has been given the target to vaccinate at least 1.65 lakh people with the second dose of vaccine. Officials have been focusing on people who have not taken the second dose even after their due date.

“State has given a target of vaccinating over 1.65 lakh people but we will try to vaccinate over 2 lakh people with the second dose and will launch the mega vaccination drive at over 400 sites across the district to vaccinate the maximum number of people with the second dose of vaccine. We have received about 1.48 lakh doses of vaccine from the state for the same and officials have assured us to supply more vaccines in two days,” immunization officer Dr Tarun Gupta said.

He also added that they will continue to vaccinate people on Wednesday and Thursday too as they will distribute over 20,000 doses for the next two days.

Dr Gupta also said that a huge team will be deployed for the work which includes ASHA, anganwadi activists, IMC employees, and over 400 vaccination teams.

He also informed that people can get themselves vaccinated by on spot registration by showing any of the identity proof including voter ID, Aadhaar Card, driving license, passport, pan card, and the bank passbook.