To his surprise, the eggplant changed colour and continued to grow. The eggplant became enormous and turned yellow, as it now stands.
Tina Khatri 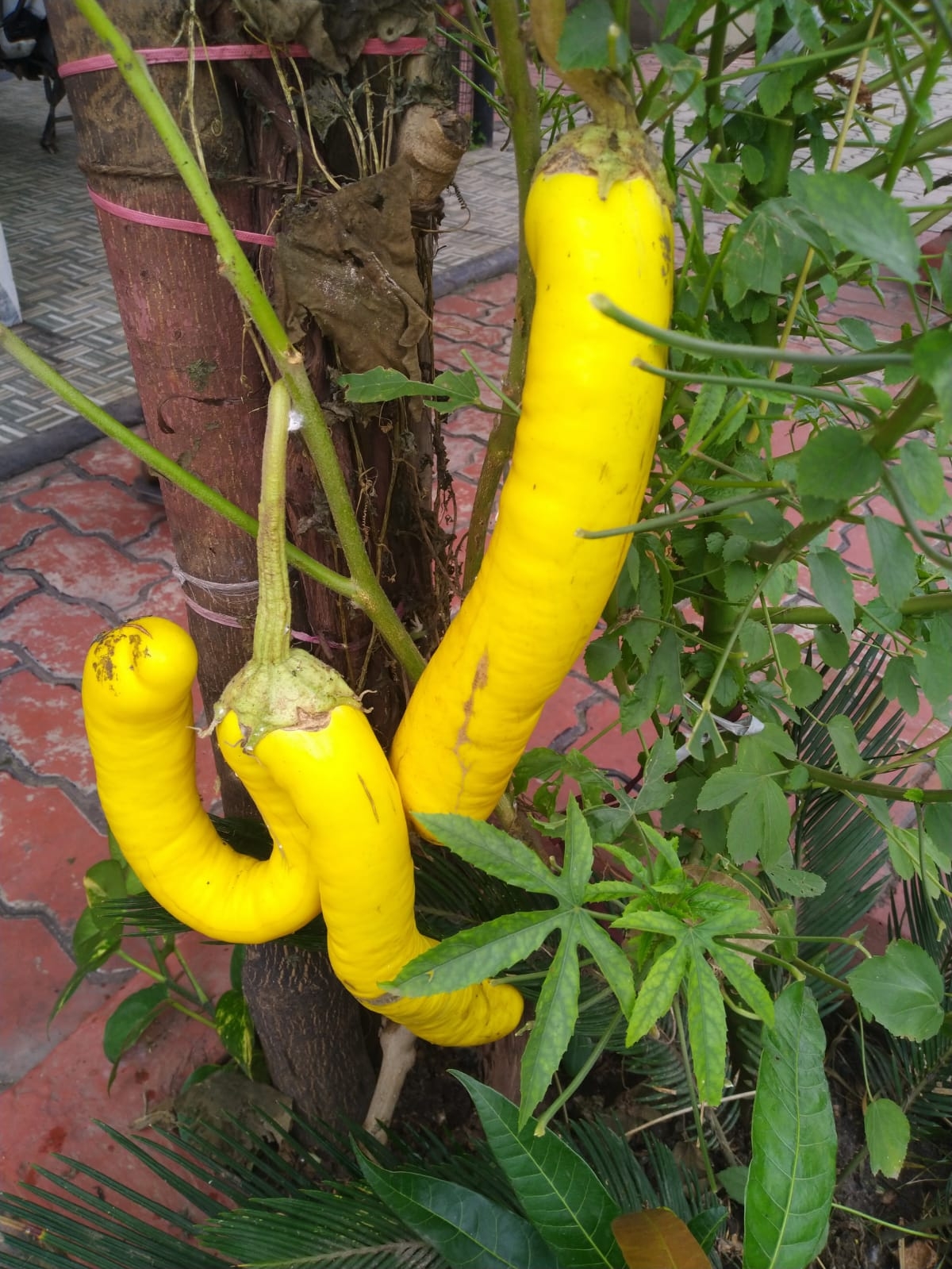 Eggplants… usually purple and of varying shapes, isn’t it? Here is something new that will make you look twice. The huge twisted yellow eggplant that looks quite like an albino Burmese Python is actually edible! It sits on a tree at Kesar Bagh road in Indore, and it has become a centre of attraction for passersby.

So, here is how Indore has this rare snake-like eggplant. Harish Mathurkar, a hair stylist, who runs his salon near RTO office on Kesar Bagh road is fascinated by eggplants.

With a wish to grow and enjoy his own eggplants in a special delicacy, he planted a sapling outside his salon about four years back. “Usually, it grows four feet in length in about four years, but I was lucky because the sapling became a 20-feet tall plant in four years,” Mathurkar said.

Further, it blossomed and bore fruit this year. “We left a few on the tree so that we can get some seeds and plant them around us and some perhaps on outskirts to help make our city green,” Mathurkar said.

To his surprise, the eggplant changed colour and continued to grow. The eggplant became enormous and turned yellow, as it now stands.

So, why did the eggplant turn yellow?

Much like people, plants can get too much sun. When this happens, they also get sunburnt. The only difference here is that it looks different from what occurs when a person soaks up a little too much sun.

You’ll know sunburn is the culprit when your eggplant’s leaves are no longer covering the fruit sufficiently.

Also, over-ripening causes the colour to change. Eggplant needs to be harvested within a particular time frame. Similar to other fruits and veggies, once it’s past its prime, it will start to degrade.