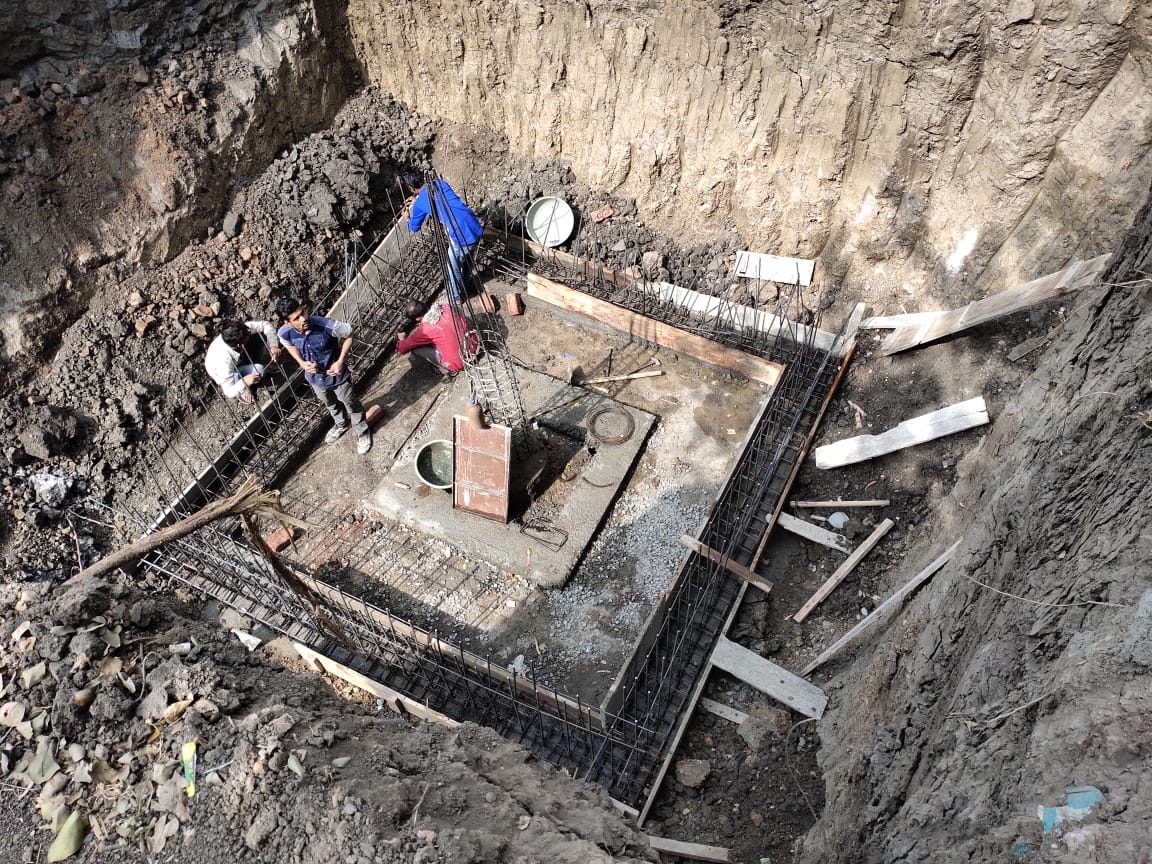 Ongoing preparations for installing the seismograph. |

Indore: Do you remember the earthquake in Bhuj, Gujarat in 2001? Even if you were not in Indore to feel the earth shaking under your feet, you must have heard and read about it.

Preparing the state and nearby states to receive information about such earthquakes, Indore will have a long-range seismograph installed at Shri Govindram Seksaria Institute of Technology and Science by next month.

A seismograph is an instrument used to detect and record earthquakes. “It consists of a mass attached to a fixed base. During an earthquake, the base moves and the mass does not. The motion of the base with respect to the mass is commonly transformed into an electrical voltage,” explained college director Dr Rakesh Saxena.

The work for the installation of the seismograph is in progress at the institute and expected to complete the base in a month. Indore is an important market, its connectivity is vital: JNPT chairman Sanjay Sethi

Showing the seismograph, Saxena said, “This seismograph has been imported from Australia and has a long-range of 1,000 kilometres.” Therefore, the seismograph will be able to measure the earthquake in Bhuj and even farther seismograph points in the country.

“The installation of seismograph is being done in first basal rock layer, which is about 15 to 20 metres below our soil layer. Indore comes in Earthquake Hazard Zone III based on the Vulnerability Atlas of India – 2nd Edition, BMTPC (Building Materials and Technology Promotion Council). Further, according to the government analysis and seismic revision, Indore is marked under zone III out of total of five zones under earthquake threats. Indore stands at risk because of presence of foamy stone layers.”

National Centre for Seismology (NCS) is the nodal agency of the Government of India for monitoring of earthquake activity in the country.

NCS maintains National Seismological Network of 115 stations each having state of the art equipment and spreading all across the country. This includes two telemetry clusters, one each around NCT Delhi (16 stations) and Northeast India (20 stations), for monitoring of seismic activities in and around the country on a 24x7 basis.

In Madhya Pradesh, there are two stations of NCS, one in Bhopal and another in Narmadanagar. Bhopal comes in Hazard Zone II, which is lesser prone to earthquakes as compared to Indore.