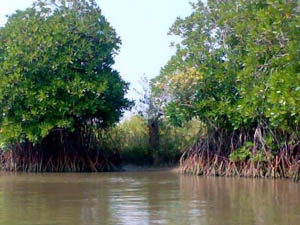 Indore: Conservator of Forest Praful Fuljhele broke a glass separation losing his temper on senior draftsman Suresh Rokde on Friday. Rokde, who is much elder than Fuljhele, had only refused to sign a complaint about recently deceased forest worker’s relative.

Losing his temper, Fuljhele tried to hit Rokde, but Rokde dunked and Fuljhele hit his hand on the glass crunching it into pieces. The incident showed the true scenario of forest planning office, where CF did not think twice before resorting to physical attack on an elderly aged employee working on a junior position.

The shameful act further tarnishes the image of forest department. To help the junior employee from further facing insult and violence from CF, district president of Madhya Pradesh Van Karmchari Sangh Dinesh Sharma reached the spot and controlled the situation. What was the issue of conflict?

On November 3, a forest guard Sudhir Dubey, who lived in Servant Quarters located in the headquarters of Forest Department, Navratna Bagh, had committed suicide.

His body was found hanging in the quarters. “He had committed suicide, because his salary was held back of 4 months, which made him feel helpless,” Sharma said. He added the guard felt hopeless and committed suicide.

After Dubey family lost their earning member, his family has been struggling to accept the situation and demanding explanation from forest officers. Rajkumar Dubey, nephew of the deceased, had been approaching forest officers demanding why they tortured his uncle and did not help him.

Bothered by this, Fuljhele demanded all the employees of planning department to write and sign a complaint to take action against Rajkumar.

Since Rokde still refused stating that he was not witness to any such misbehaviour, Fuljhele attacked him. Dunking the attack, Rokde saved himself and Fuljhele broke the glass behind Rokde.

Sharma leading the Sangh supported Rokde and controlled the situation.

Following the conflict, staff members of planning office were to police station with the signed complaint. An FIR was registered against Rajkumar.