Indore: SC asks schools to give breakup of fees, edu dept asked to upload information on official website within 2 weeks 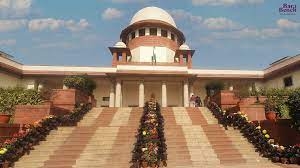 The Supreme Court has ordered schools to give a breakup of the different heads under which they are charging fees from parents.

“We direct the Director, School Education, State of Madhya Pradesh to compile the details from the respective District Committees about compliances made by the concerned schools within the concerned district and display that information on the official website of Education Department of the State of Madhya Pradesh, within two weeks from today,” said the order.
“This information will have to be taken from the schools by the District Education Committee, after which the School Education Department, MP Government will have to upload this information on its website in two weeks,” advocate Chanchal Gupta, representing the petitioning parent organisation Jagrut Palak Sangh, said.

“Most of the schools were charging full fees under the guise of tuition fees,” advocate Gupta added.
Along with this, SC’s order mentions that if any parent has any complaint with the school, then the parent will be able to file his complaint with the district committee and the committee will also have to resolve it within four weeks.

In 2020, the Madhya Pradesh High Court had ordered that private schools would be able to charge only tuition fees, but it was not being followed.

The Sangh members approached SC demanding action against the schools charging complete school fees and violating HC’s order indirectly.
Parent association claimed that the administration was not listening to the complaint.

Meanwhile, a private school association had also filed a petition demanding that the decision given by the SC for the state of Rajasthan, according to which private schools will give only 15 per cent deduction from the full fees to parents. The rest of the fee was to be paid by the parents.

Kshirsagar objected to the demands and SC, agreeing to the arguments, dismissed the petition of the school association.

The petition regarding the fees of the current session is pending in the MP HC. The hearing is likely in September first week.