Zone No 17 chief sanitation inspector (CSI) Satyendra Singh Tomar and assistant CSI Vinay Mishra were on a routine patrol in Khatipura area when they noticed garbage lying around a kalali and surroundings being kept unhygienic.

The duo officials slapped a fine of Rs 25,000 on the kalali operator and warned him of much harsher action in future if he did not maintain cleanliness. He was also told not to use single use plastic at the kalali.

Similarly, someone was dumping garbage at night in Pologround under Zone No 3.

Assistant CSI Rajesh Jaiswal and NGO's volunteers formed a team and caught a person dumping garbage red-handed. He was an employee of a shop owned by Rambabu Gupta. He told the IMC official that the garbage was from his employer’s shop. Gupta was called on the spot and a fine of Rs 7,000 was realized from him. 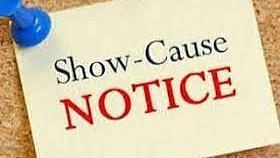