As soon as the news of the protest was received from social media, the police and administration called selected teachers and instructed them to stay away from the demonstration.
Staff Reporter 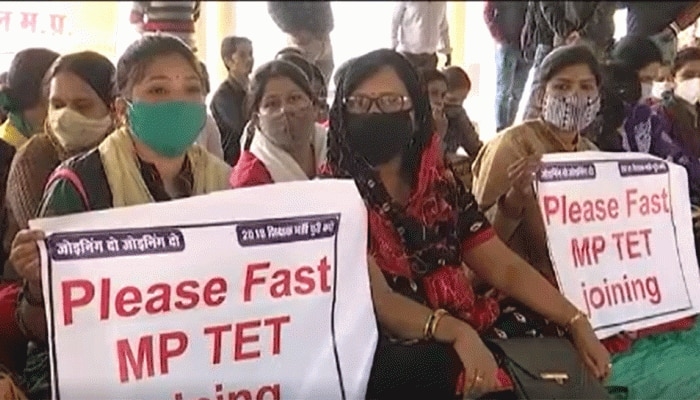 However, the representatives from Indore and some other districts could not even reach the BJP office in Bhopal. They were stopped mid-way before they could launch the demonstration, as cops were called beforehand.

As soon as the news of the protest was received from social media, the police and administration called selected teachers and instructed them to stay away from the demonstration.

The issue at hand​

The recruitment of selected teachers for more than 30​,000​ posts of teacher class-1 and teacher class-2 for government schools of Madhya Pradesh is stuck again.

Different notices were put in the District Education Office of all the districts about 13 days ago stating that recruitment ​has been held back again.

The notice said that the posting has been stopped due to technical flaws. However, some notices posted also said that the recruitment is being postponed on the instructions of the officials. It added that further information will be given soon.

After the posting became uncertain and questionable again, a round of meetings started between Minister Inder Singh Parmar and the officials of the School Education Department. However, no officials or representatives are ready to make a comment on the issue.

Recruitment was confirmed, then held back again​

About two days before announcing the hold-back, the School Education Department had sent orders to all the District Education Officers for recruitment.

As per the process laid down, recruitment process of all the selected teachers should be completed within two days i.e. by September 20. For this, the officials have to complete the documentation overnight.

No appointment letters for posts vacant since 2019​​

The eligibility test for these posts was conducted in 2019. After its results, the process of verification of all the selected teachers was also completed from January 2020 to April 2021, but now the government is not issuing the appointment letter. Due to this, the selected teachers are continuously protesting.