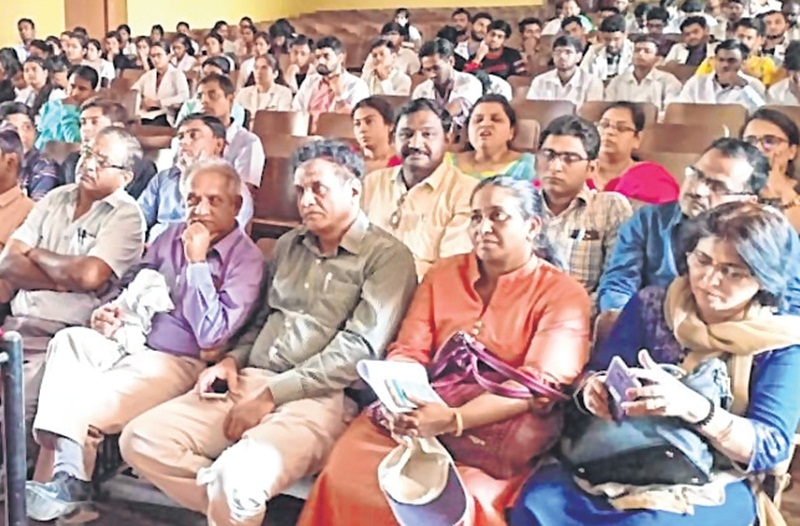 Indore: Veterinary students and veterinarians from all over the state gathered at Veterinary College on Saturday to mark World Veterinary Day, which commemorates the services provided by veterinarians to the world.  The theme for 2019 World Veterinary Day and award was value of vaccination. “Vaccination is an essential tool for preventive veterinary medicine, promoting animal health and reducing risk of human exposure to many zoonotic pathogens,” keynote speaker Dr SP Shukla said.

“Historically, immunisation practices and vaccination protocols have contributed to significantly reduce life-threatening diseases,” he added. Shukla cited Centre’s annual report 2017-18, which states that India produces 165.40 million tonnes of milk every year, which is highest in the world.  “In order to provide so much milk, we need healthy livestock and that is impossible without good veterinarians willing to serve and help animals,” Shukla remarked. He said income from livestock adds 4 per cent to GDP, which is a high number. A quiz was organised on vaccines, its history by quiz master and veterinarian Dr Archana Jain. Over 50 pets and stray animals were vaccinated for rabies for free as a part of celebrations under the guidance of college dean Dr MK Mehta.