MP Shankar Lalwani, who had pushed the flyover-cum-metro project at a review meeting of the Metro Rail project on Monday said he did not foresee any problems with the proposed extension.
ARSH RAFIK VISAAL 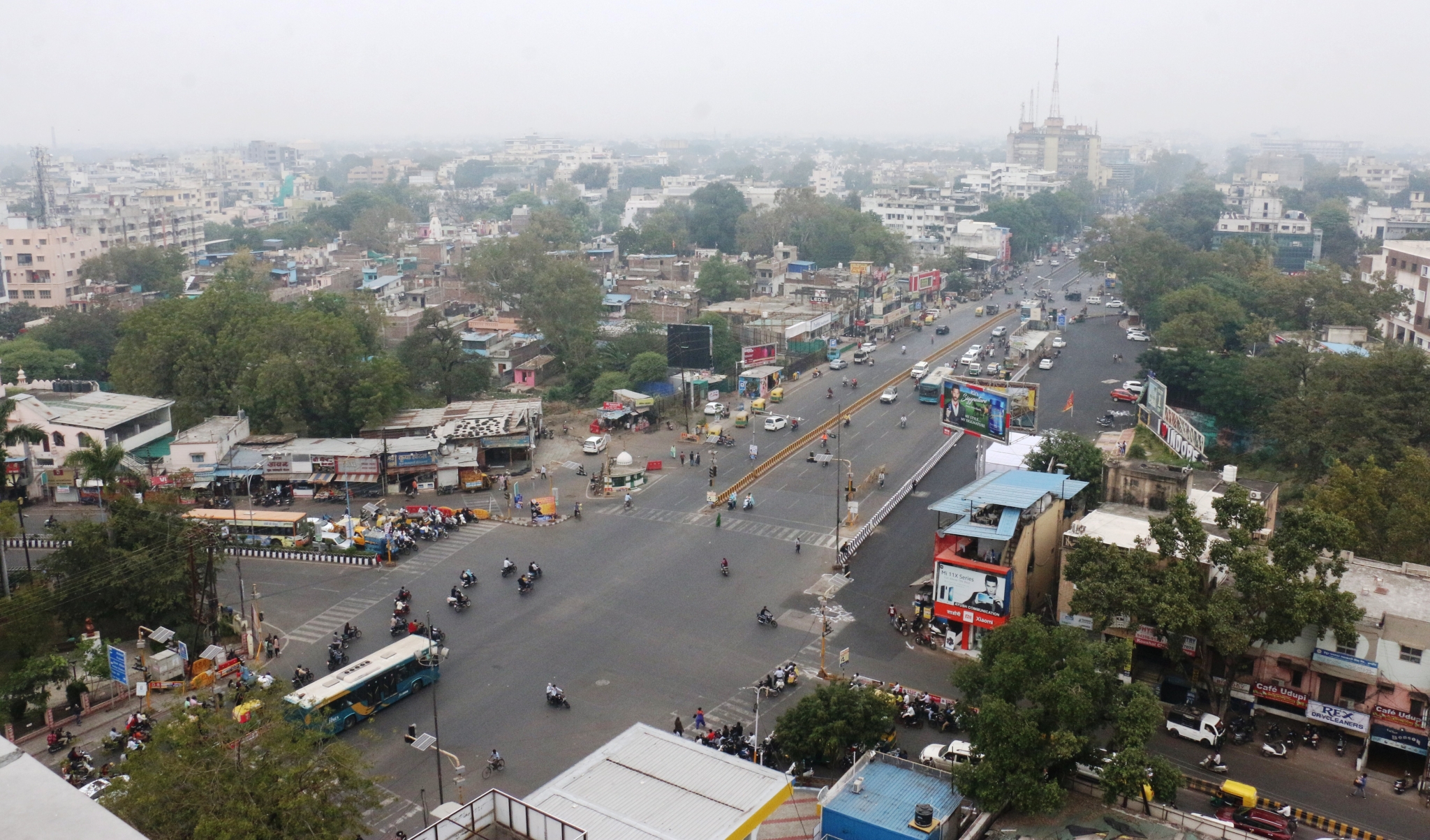 Palasia Square will become the junction for two Metro lines - one going from Bengali Square towards High Court and the other from Vijay Nagar to Rajiv Gandhi Square. | ANAND SHIVRE

The proposed double-decker viaduct (flyover-cum-metro) between Vijay Nagar and Rajiv Gandhi Square on the BRTS corridor is going to clash with PWD's proposed elevated corridor between LIG and Navlakha, say town planners, adding that it would be a major challenge for engineers to combine both the projects.

Incidentally, if the elevated corridor tender is cancelled then the government would have to pay Rs 30 cr as compensation to Raj Kamla Association.

MP Shankar Lalwani, who had pushed the flyover-cum-metro project at a review meeting of the Metro Rail project on Monday said he did not foresee any problems with the proposed extension.

“We have decided that Indore Metro Rail Corporation Limited and PWD will collaborate in the construction of flyover-cum-metro viaduct. We are planning for needs of the city 50 years from now. If we construct the flyover from LIG to Navlakha now and in subsequent years there is need to expand the Metro Rail, then it will be possible as we would have to demolish the elevated corridor. Hence the three-tier plan," Lalwani said.

Lalwani said as part of the 50-year planning they had decided to create a double-decker viaduct from Bhanwarkuan to Tejaji Nagar to smoothen the traffic flow along Khandwa Road. “We will take up this plan in future and we also intend to connect Metro Rail at Rajiv Gandhi Square with the Airport and Mhow as well.

“We are also planning to connect the Metro Rail from Airport to Ujjain by 2028 so that people can attend Simhasth of 2028.”

MP Lalwani added that the proposal to change the existing Metro Rail route from Rajwada to Jawahar Marg as there were more passengers in Jawahar Marg than the Rajwada area.