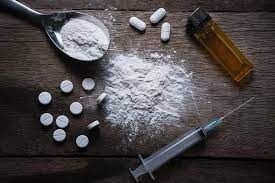 Indore (Madhya Pradesh): Over 2kg MD drugs worth Rs 2 crore were already supplied to the city by the ex-air-hostess drug smuggler arrested on Saturday from Teen Imli. She used to carry out her dealings in different city hotels, said police officials on Monday after interrogating the woman.

Additional DCP Guruprasad Parashar said that Mansi used to visit Indore and supply the drugs to her clients in different city hotels. “She admitted that she had smuggled over 2 kg of drugs in the city on five trips to Indore in the past few months. However, the authenticity of her statements will be checked to ensure that she isn’t bluffing the police,” said Parashar. He added that Mansi had revealed a few names of hotels, as well as a few names of her clients, the veracity of which would be checked by the police and action taken accordingly.

Police officials also said that the police had activated their sources to reach the people involved in this drug smuggling racket. The police will also keep an eye on pubs and clubs in the city to ensure than no rave party should happen in the city in which youngsters could fall prey to drug addiction, the police officials said.

FLASHBACK OF THE CASE

Mansi is a former air-hostess and a native of Mumbai and was arrested on Saturday by the Crime Branch with MD drugs worth Rs 10 lakh, which she had allegedly come to supply in the city.

To mislead the police, she had hidden the drugs in the diapers of her infant.

Crime Branch officials recovered 100 grams of MDMA from a diaper kept in her bag.

Currency notes of Nepal and Bahrain (around Rs 2,000) were also recovered from the woman.

It is said that the woman was also carrying her child.

Police officials said that the woman worked as an air-hostess with an airlines.

Then, she became addicted to drugs.

Later, she met some drug dealers in Mumbai and started supplying drugs.

A person may experience the intoxicating effects of MDMA within 45 minutes or so after taking a single dose. Those effects include an enhanced sense of well-being, increased extroversion, emotional warmth, empathy toward others and a willingness to discuss emotionally charged memories. In addition, people report enhanced sensory perception as a hallmark of the MDMA experience. MDMA can also produce other adverse health effects, including involuntary jaw clenching, a lack of appetite, mild detachment from oneself (depersonalisation), illogical or disorganised thoughts, restless legs, nausea, hot flashes or chills, headache, sweating and muscle or joint stiffness. The effects last 3 to 6 hours, but people who take a moderate amount may experience withdrawal-type side-effects for a week after.

These effects may be due to MDMA alone, or to the combination of MDMA use with other drugs Indore: 60% of homes in city use electric geysers