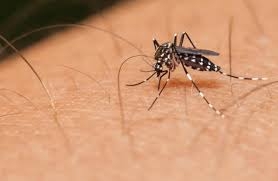 Indore: After failing to control menace of vector-borne diseases, especially dengue, district health department once again released an advisory for the people to control breeding of mosquitoes on Wednesday.

The department has sought help from people to take steps to prevent the disease. As many as 170 patients have tested dengue positive so far, including three identified on Tuesday. A 38-year-old patient of Bhanwarkuan had succumbed to the disease.

The situation appears to have become worse as the number of suspected patients has increased in the city in last one month. The hospitals are receiving steady stream of patients suffering from dengue, malaria and fever. Chief medical and health officer Dr Pravin Jadia said health department is running awareness campaign but public support is equally important to control the vector-borne diseases.

“Along with taking care of water stored in their surroundings, people should also use mosquito repellents and avoid mosquito bites by wearing full-sleeved clothes,” he said. Dr Jadia said old people, pregnant women and children are prone to disease due to weak immunity.

Talking about dengue larvae found in houses, he said it is surprising that they were found in houses of policemen, doctors, engineers and even at the house of a dengue patient who has recovered. “It reflects negligence of people for taking steps to control the menace. Simple steps can save people from deadly disease,” he added.

As per WHO, method to control transmission of dengue virus is to combat mosquitoes through:

* Disposing of solid waste properly and ensure that there is no waterlogging in pots, tyres, coolers, containers

* Covering, emptying and cleaning of domestic water storage containers on a weekly basis

* After virus incubation for 4–10 days, an infected mosquito is capable of transmitting virus for rest of its life.

* Aedes aegypti is a day-time feeder; its peak biting periods are early mornings and evening before dusk.?