Having placards in their hands, NSUI activists shouted slogans against the Central government.
Staff Reporter 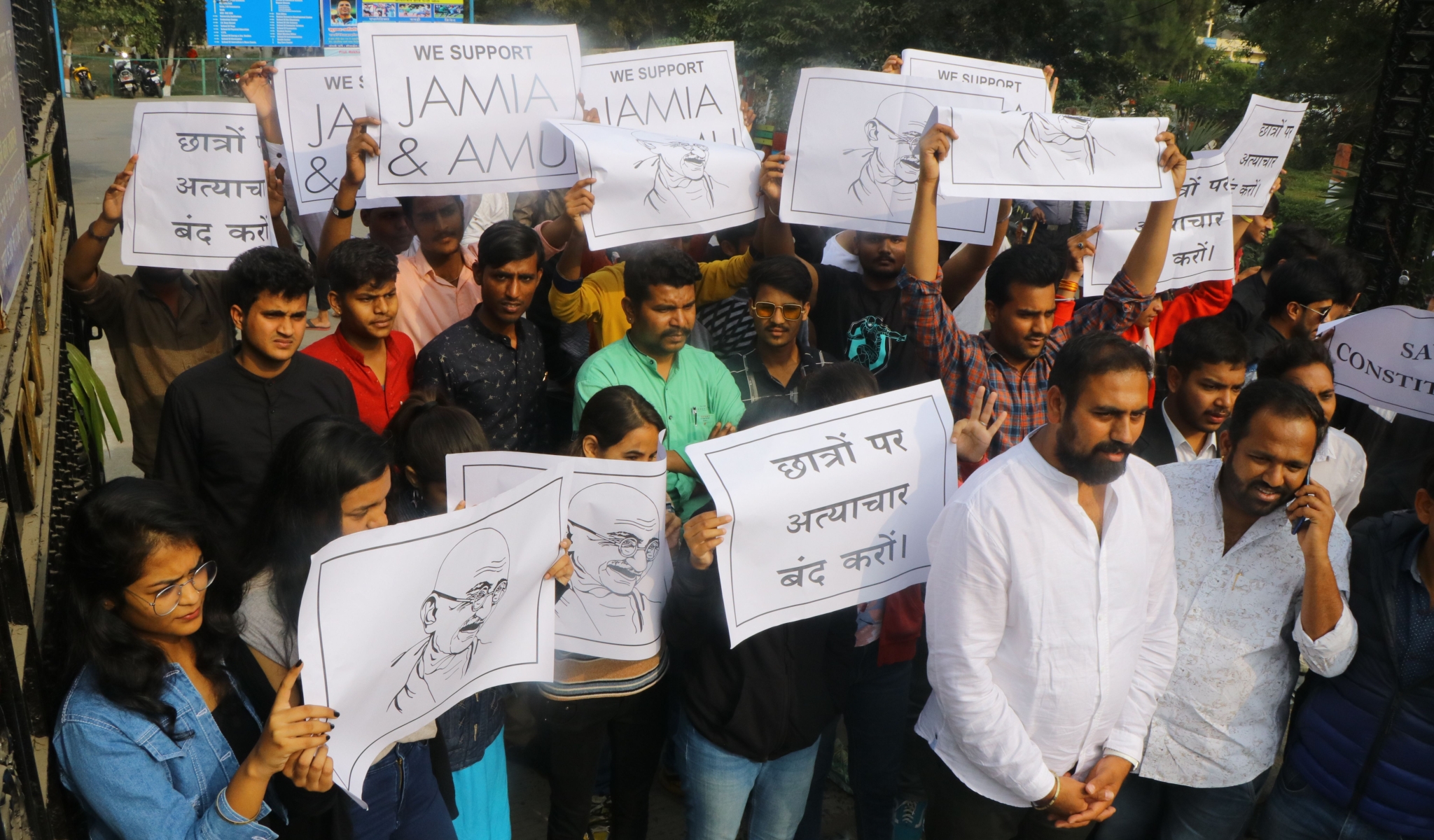 Having placards in their hands, NSUI activists shouted slogans against the Central government.

On learning about the demonstration, police reached the university and sought to see the official permission for the protest from NSUI state general secretary Javed Khan and district president Amit Patel.

When the duo said they did not have any permission, the police removed the activists from the site, warning that otherwise police would have to arrest them for violating Section 144 of CrPC.