The road has been planned to ensure that in future also there is no scope for encroachment, and IMC officials have been asked to be extra vigilant, said municipal commissioner Pratibha Pal
Staff Reporter 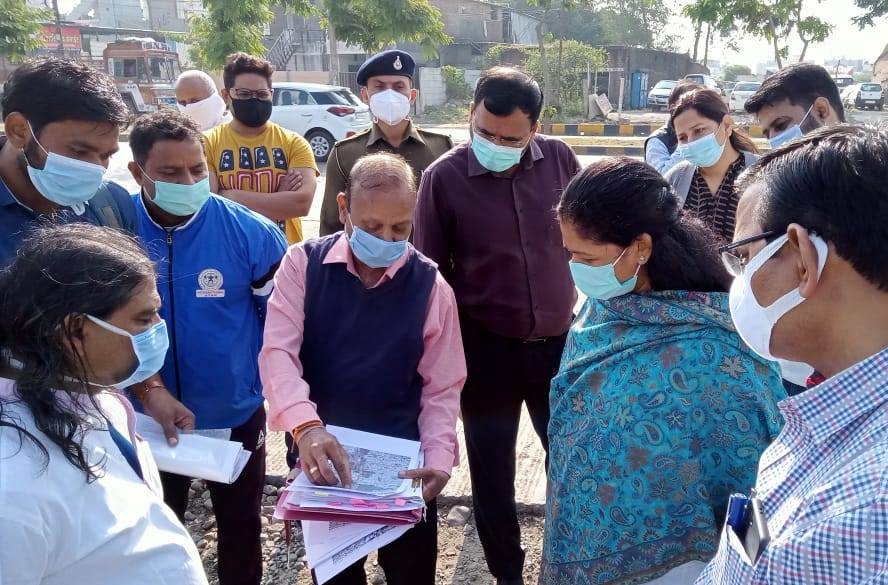 Good news for Bappa’s bhakts! Now, they will get a new route connecting Khajrana Ganesh Temple to Kanadiya, now that all the encroachments made by the land mafia have been removed by the Indore Municipal Corporation, a pre-existing road that had been gobbled up by the land mafia has now been freed for public use.

The municipal commissioner Pratibha Pal went on an inspection of the road on Saturday along with the additional commissioner Sandeep Soni, city engineer Ashok Rathore, Khajrana Ganesh Temple’s priest Ashok Bhatt and other officials.

Pal said that a road in front of the Prem Bandhan Garden in Kanadiya area will be developed which will connect to Khajrana Temple via Goyal Nagar. The road will be developed on the government land so that there is no issue later on.

Municipal commissioner Pal said that at present the residents living in Kanadiya area had to take a much longer route to reach Khajrana Temple. They first needed to go to Bengali Square, then to Khajrana Square and then from Khajrana Road they reached the temple.

Kanishk Gupta, a resident of the area said that the proposed road will be very convenient for the residents of the Kanadia area to go to Khajrana Temple. He pointed out that this new connectivity will bring down the load on the Eastern Ring Road.