Indore (Madhya Pradesh): Irked by the incident of firing in the hospital campus in which an ambulance driver suffered injuries, Superintendent of Maharaja Yeshwantrao Hospital Dr PS Thakur has dashed off a letter to police to take action against the illegal ambulance operators and to kick them out of the hospital campus.

The superintendent also reminded the police that they had requested earlier for the same but no action was taken by the cops yet.

“Due to the illegal parking of ambulances operated by outsiders, various untoward incidents and disputes take place in the hospital campus. One of such incidents had taken place on Friday night when some illegal ambulance operators clashed with each other and opened fire,” the Superintendent mentioned in the letter sent to the police station in-charge of Sanyogitaganj.

He also added that the hospital administration had written a letter to the police on January 10, 2019 but to no avail.

“We requested the police to take action against the accused and to kick out the illegal ambulance operators from the hospital. We will also develop a new system for ambulances in the hospital to avoid any such incidents. Police verification must be done of all ambulance drivers,” Dr Thakur told Free Press.

Notably, the firing incident had taken place in the hospital in front of the police kiosk. Sources in the hospital said that the cops knew about miscreants involved in ambulance operations but they did not take action against them.

Not a maiden incident

The incident of firing in MY Hospital campus is not a maiden incident. Earlier in July 2014, a jail inmate was shot dead by an accused dressed as a doctor. The accused had reached the fourth floor and killed the jail inmate. Various incidents of dispute between doctors and patients’ attendants had also become the cause of concern for the hospital administration. 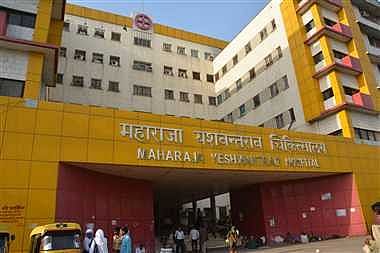