Meanwhile, the Madhya Pradesh Congress Committee president, Kamal Nath, expressed displeasure over the protest against Bagdi by the supporters of Bakliwal at the city party office and also reprimanded Bakliwal for his excitement over taking charge of the city president position without any official orders.

In its orders released on Tuesday, Rajiv Singh, vice-president organisation in-charge of MPCC, mentioned that on the directions of MPCC chief Kamal Nath, Mahendra Joshi has been authorised to take care of the activities of city president and also coordinate and organise party events, including ‘Hath Se Hath Jodo’ Campaign, and flag hoisting programme on January 26.

“Party has authorised me to take care of the responsibility of the city congress president as the position remains vacant after the decision on the name of the new president has been put on hold,” Joshi said.

He added that a decision over appointing a new city president would be taken by senior leaders soon.

Arvind Bagdi was appointed as the new city president of the party but after the protest from local Congress workers and leaders, the party had put his appointment on hold. Surprisingly, Bakliwal had taken charge (of the presidency again) on Monday evening without any official orders.

“Putting the name of the new president on hold doesn’t mean that the former president has been re-appointed. The position is vacant for now and a decision will be made soon,” a senior party leader said.

Much to the surprise of Bakliwal and his supporters, who reached Bhopal to express gratitude to the MPCC chief but had to return crestfallen as Nath snubbed him for endorsing the protest against Bagdi and also for taking charge as the city president again.

Sources said that Nath didn’t even meet Bakliwal at his residence but allotted only a two-minute meeting time to him at the state party office and expressed displeasure over the events.

Bakliwal had reached Bhopal with a large number of supporters, including some of those who approached Kamal Nath to register an objection to Bagdi’s posting.

Even after the appointment of Bagdi had been put on hold, sources said that he was still hopeful. “Bagdi is also being supported by various Congress leaders, including the MLAs and office-bearers in the party’s media wing. Party will try to pacify the rebels before making a final announcement of the name,” sources added. 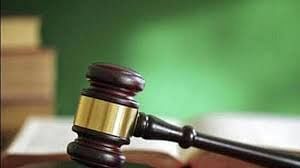