RRTs intensify contact tracing, collected over 25 samples of each patient’s contacts; Most of the patients had been vaccinated with at least one dose of the vaccine; one patient returned from Kerala, one is an eight-year-old girl, all asymptomatic.
Staff Reporter 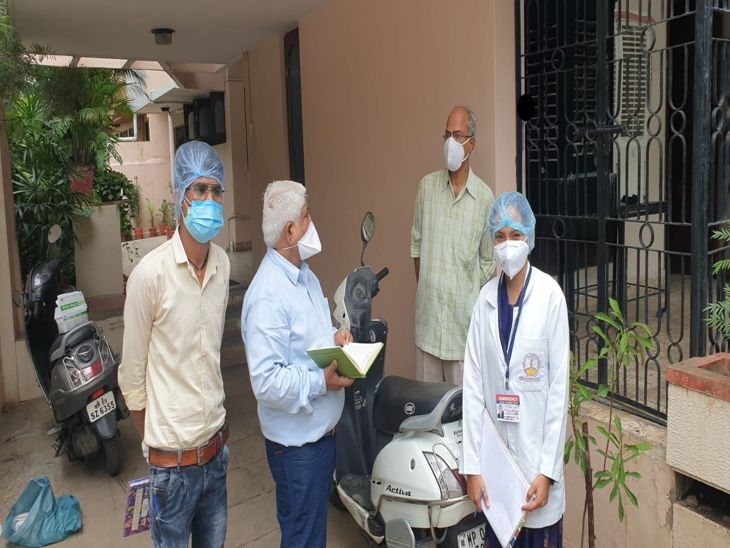 Chief medical and health officer Dr BS Saitya, too, reached a patient’s home with an RRT team for contact tracing. |

Indore: The sudden rise in the number of Covid cases has sent city officials into a tizzy as the number of cases in the city increased to nine after 54 days. Doctors raised an alarm over the surge in Covid cases again, citing laxity in following Covid norms. The doctors also warned that violation of norms would increase the chances of early commencement of the third wave.

The nine cases tested positive were from Depalpur, Gumasta Nagar, Aerodrome Road, Mahaveer Nagar, Saket Nagar, Manushree Nagar, and Shankarpura. One of the patients tested positive had returned to Kerala, while another patient is an 8-year-old kid, which caused raised eyebrows among health department officials and rapid response teams were continuing tracing the cases and collecting samples of those found positive.

“Contact tracing has been intensified to contain the cases as soon as they erupt. RRTs are taking samples of about 25-40 people who came into direct, or indirect, contact with the positive patients,” nodal officer of Covid-19 Dr Amit Malakar said. He added that these cases were an alarm signal for people and they needed to be extra careful even after being vaccinated.

:We are taking down the history of the patients about their travel, vaccination status and others to know about the prevalence of cases. Fortunately, these cases were scattered and only one found positive in the family while others are negative,” Dr Malakar added. The administration has been claiming that they have been preparing for a likely third wave of Covid-19. 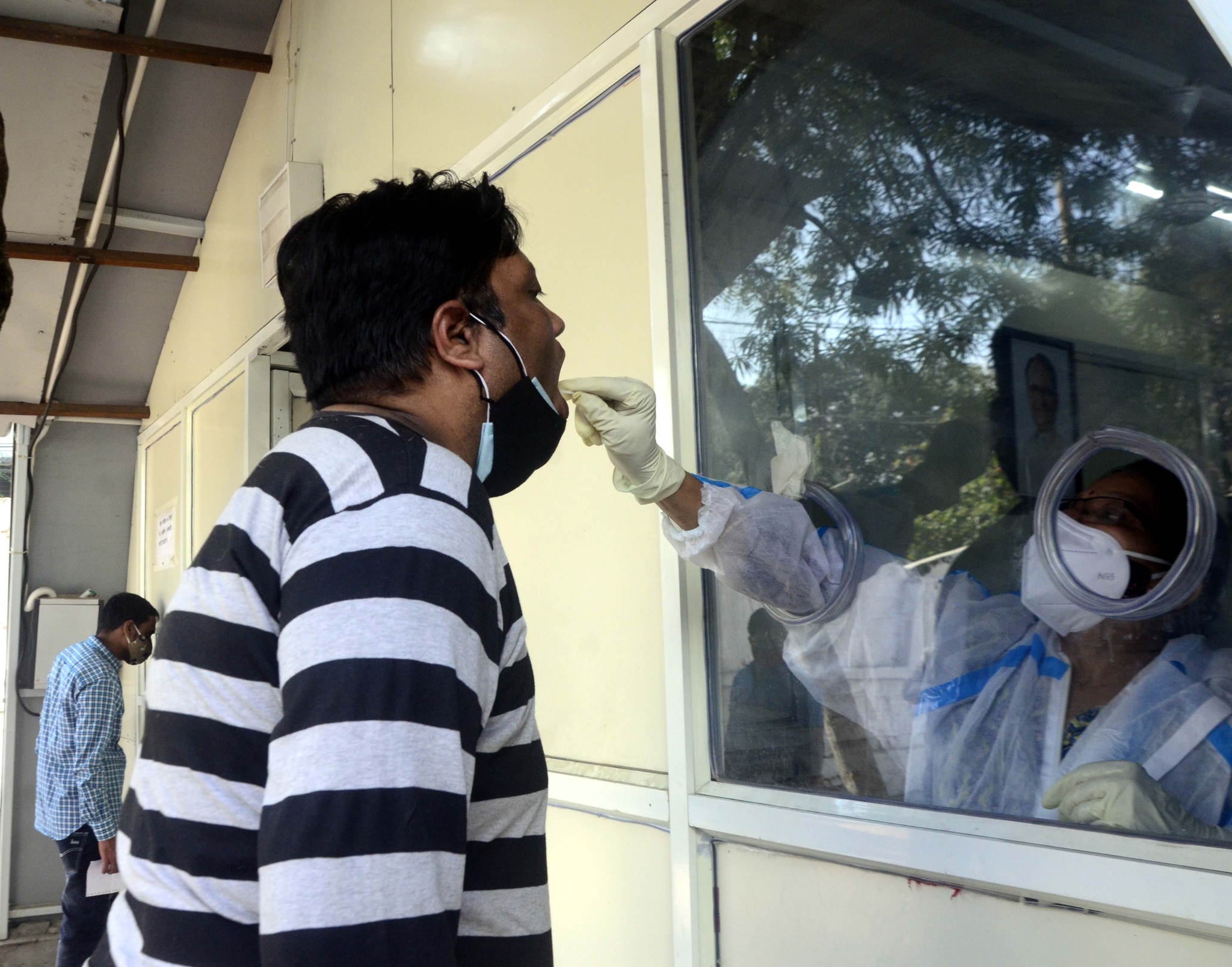 Covid-19 outbreak in Indore: In August, 57% patients under 20-40 years of age
Advertisement

“We’d increased the number of beds to 12,000 for Covid patients, including 2,000 beds for children, in government and private hospitals during the Covid wave. Training of staff is already going on and the required equipment has been ordered,” he added.

1. Mahaveer Nagar: A 19-year-old boy tested positive on Saturday, but he has already left for Ahmedabad. The RRT team collected samples of 42 people who came into direct contact with him and in his area on Sunday

2. Saket Nagar: A 52-year-old male tested positive after coming into contact with his niece who returned from Hyderabad. The man developed symptoms of cough and cold after two days while the other family members tested negative

3. Manushree Nagar: A 29-year-old female tested positive in an apartment, after which samples of over 70 people from the same apartment were taken. The patient has been admitted to MRTB Hospital.

4. Aerodrome Road: A BSF personnel was tested positive. He had returned from his native place in Kerala. He is asymptomatic and the RRT team collected 18 samples of his contacts. He was administered vaccine doses in March and April

5. Gumasta Nagar: The patient, a resident of Chandan Nagar, could not be traced as he was not cooperating with officials and giving wrong location of his places

6. Betma: An 8-year-old girl of Shankarpura village has tested positive. She had gone to the market with her parents. An RRT led by Dr Sarita collected 26 samples of the patient’s contact

7. Depalpur: A 58-year-old man tested positive in ward No. 15. His samples were collected during the contact tracing of another 30-year-old woman family member who tested positive on September 1. A team led by RRT-in-charge Shalu Sayyed collected over 25 samples of their contacts and the patient was sent to the Radha Soami Covid Care Centre. The patient was also completely vaccinated.

Eunuch tests positive in Mumbai, team searches for him in Indore

A 36-year-old eunuch tested positive in a private lab in Mumbai. The health department received his information that he was a resident of Harsiddhi. During contact tracing, it was found that the family had been shifted to Gandhi Nagar. Later, his family members in Gandhi Nagar said the patient was living in Mumbai but the team took 25 samples from there. Indore: Covid losing its sting as no deaths in last two months, and only 60 testing positive in this...